The Korean War started June 25, 1950. The United Nation’s Security Council responded quickly, calling for its members to come to South Korea’s assistance. Norway was in favor of the UN resolution and wanted to support South Korea. Consequently, discussions started on how to provide practical help. After a request from the Norwegian Foreign Ministry, the Norwegian Red Cross presented a suggestion for aiding the Korean civilians, especially the increasing number of refugees. There was, however, a more urgent need of a mobile surgical hospital to help the UN forces in Korea. Thus the Norwegian Red Cross prepared a plan for operating such a hospital. The Norwegian Storting passed a resolution approving this plan March 2, 1951. A month later, the necessary funds were granted.

Norway had made its decision to provide and operate a strongly needed mobile hospital to assist the UN forces in Korea. However, before the hospital could be operational, some arrangements had to be done. Cooperation with the key allies was necessary. After some negotiations, it was decided that Norway would buy a field hospital from the US. May 16, 1951, the first group of personnel was on their way. The Norwegian Red Cross assumed responsibility for the administration of the hospital on behalf of the Norwegian Foreign Ministry until the end of 1951, when responsibility was passed on to the Norwegian Ministry of Defense.

The operation of the hospital The equipment was received in June 1951 and July 19, the same year, the Norwegian Mobile Army Surgical Hospital (NORMASH) was officially opened. For military purposes NORMASH was formally placed under the command of the US 8th Army, similar to all other participants. The hospital received all orders directly from the Army command. The task of the Norwegian field hospital was to give immediate surgical treatment to injured soldiers. 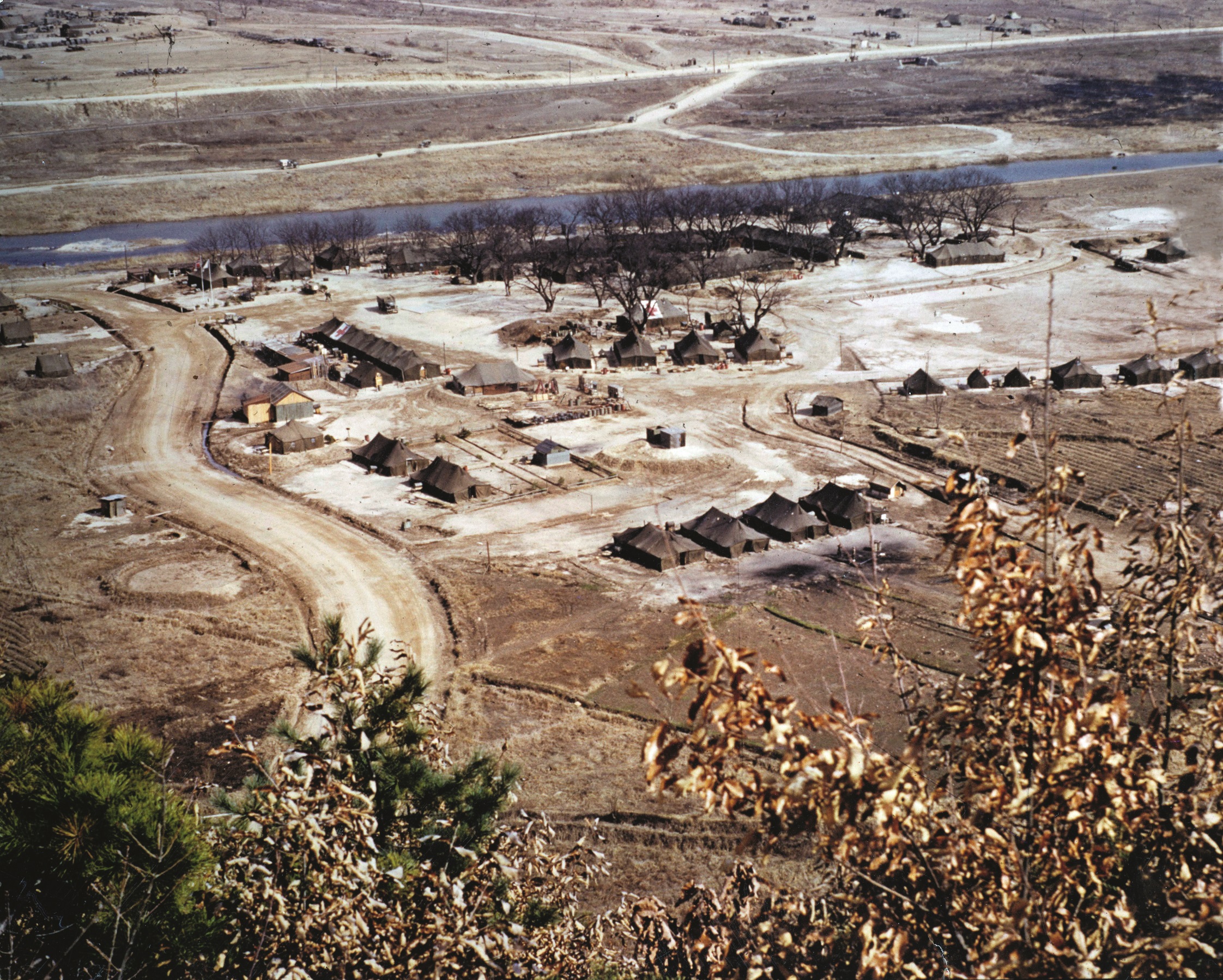 The hospital was first established on the western front, in Uijongbu, north of Seoul, approximately 9 miles behind the front lines. It was then relocated twice, the last time to Dongduchon in July 1952. This location was right on the 38th parallel, which was the demarcation line between North- and South Korea at the beginning of the war. 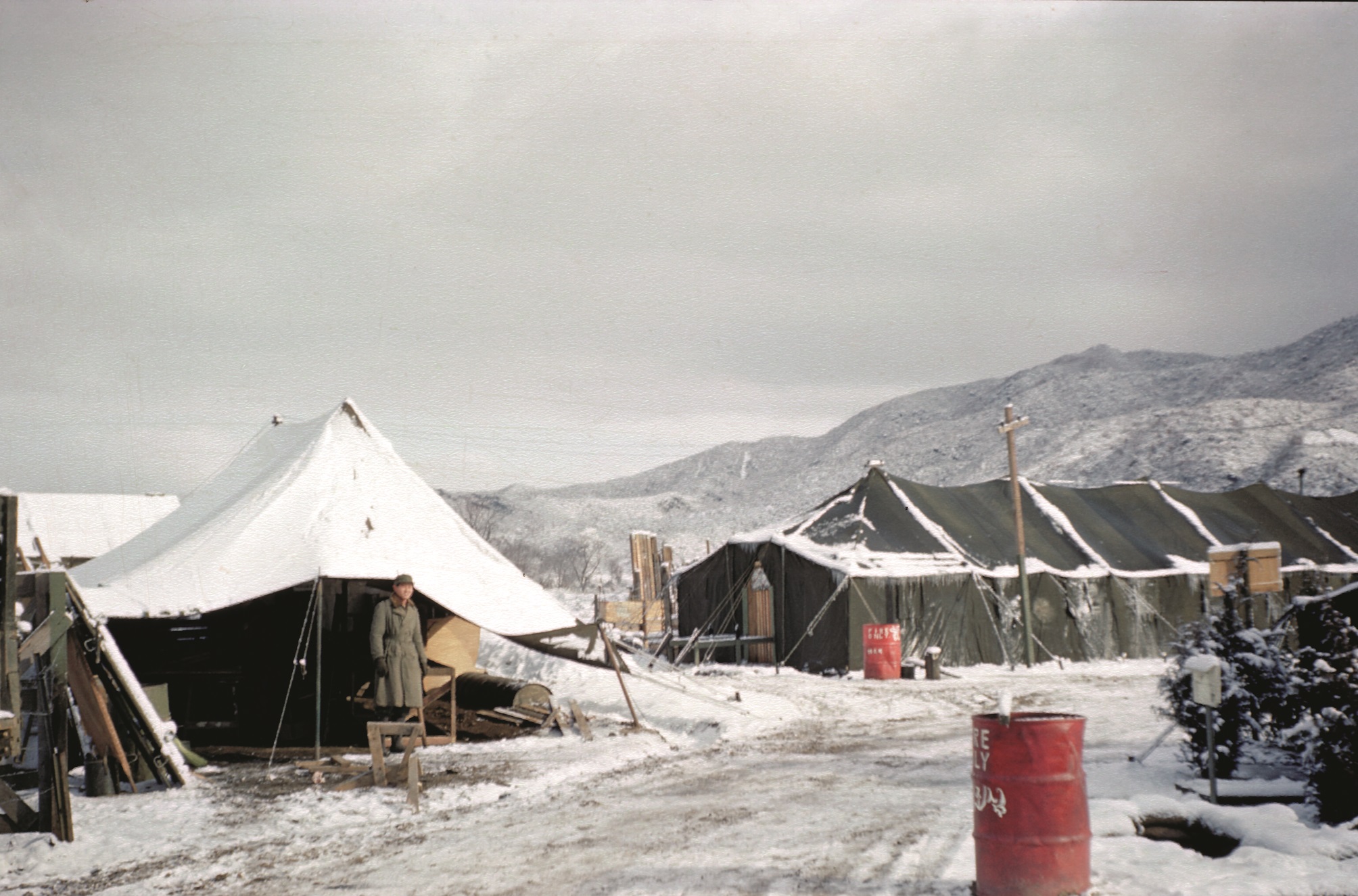 Who worked at NORMASH? A total of 623 Norwegians served at NORMASH. 191 of them were medical doctors and nurses and 329 were officers and privates. The crew was exchanged every two months. In total, seven crews were sent to South Korea. In addition to the Norwegians, about 40-60 Korean civilians and some American personnel also worked there. The hospital took care of a wide range of patients; civilians, soldiers, both friends and enemies. A total of 90,000 patients were treated during the three years NORMASH was operating. The personnel succeeded in saving the lives of approximately 98 % of the wounded who were brought there and approximately 80 % of them could report back to active duty after receiving treatment at NORMASH. 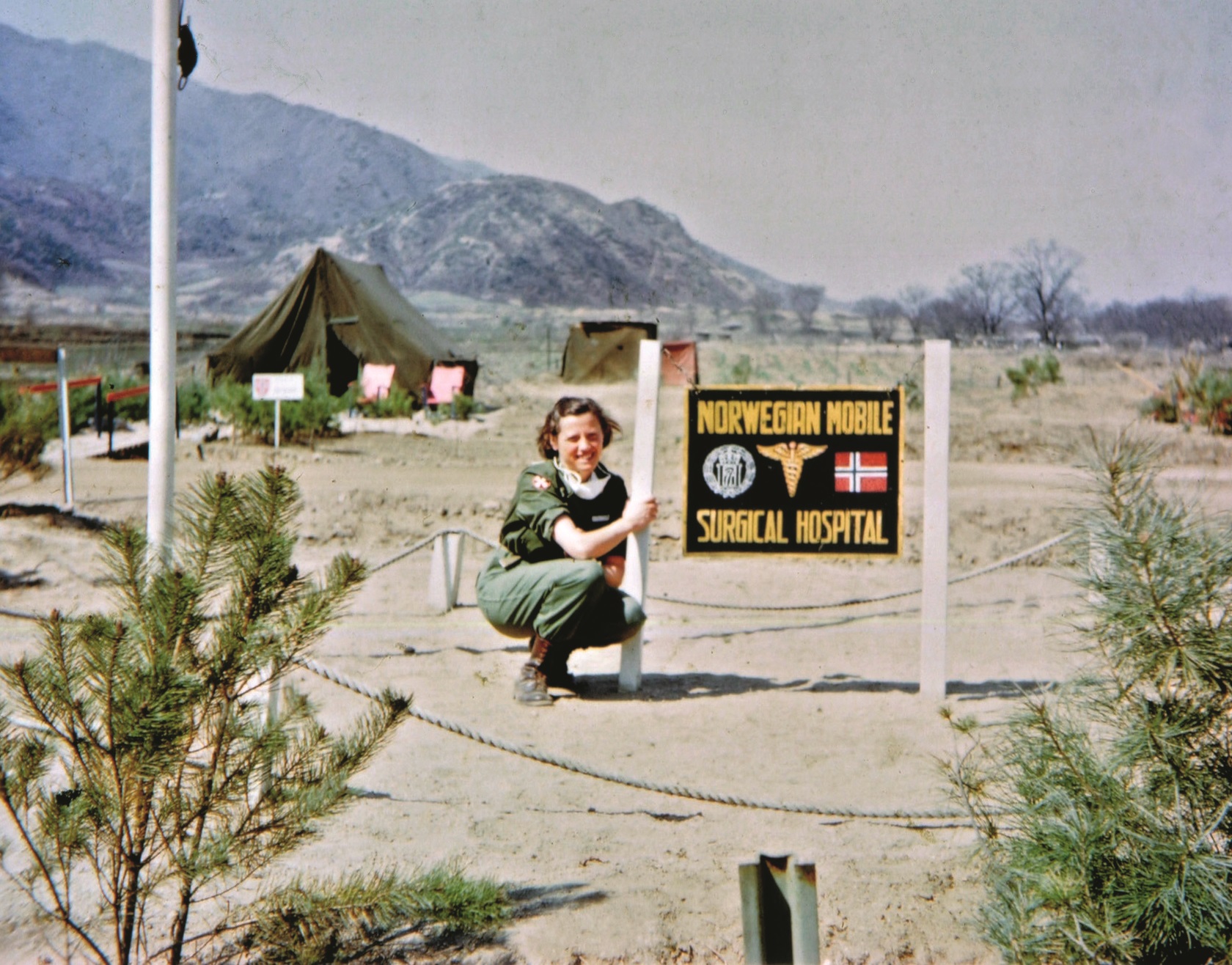 The end Approximately two years after the establishment of the hospital, July 27, 1953, the armistice agreement was signed. Until the situation became clearer, NORMASH continued its operations as the other UN-operations did. With the withdrawal of the UN troops a year later, NORMASH closed its doors. The official closing date was the 10th of November 1954. The presence of the Norwegians during this hard time has created strong bonds between Koreans and Norwegians, and has resulted in friendship and cooperation between the two countries. 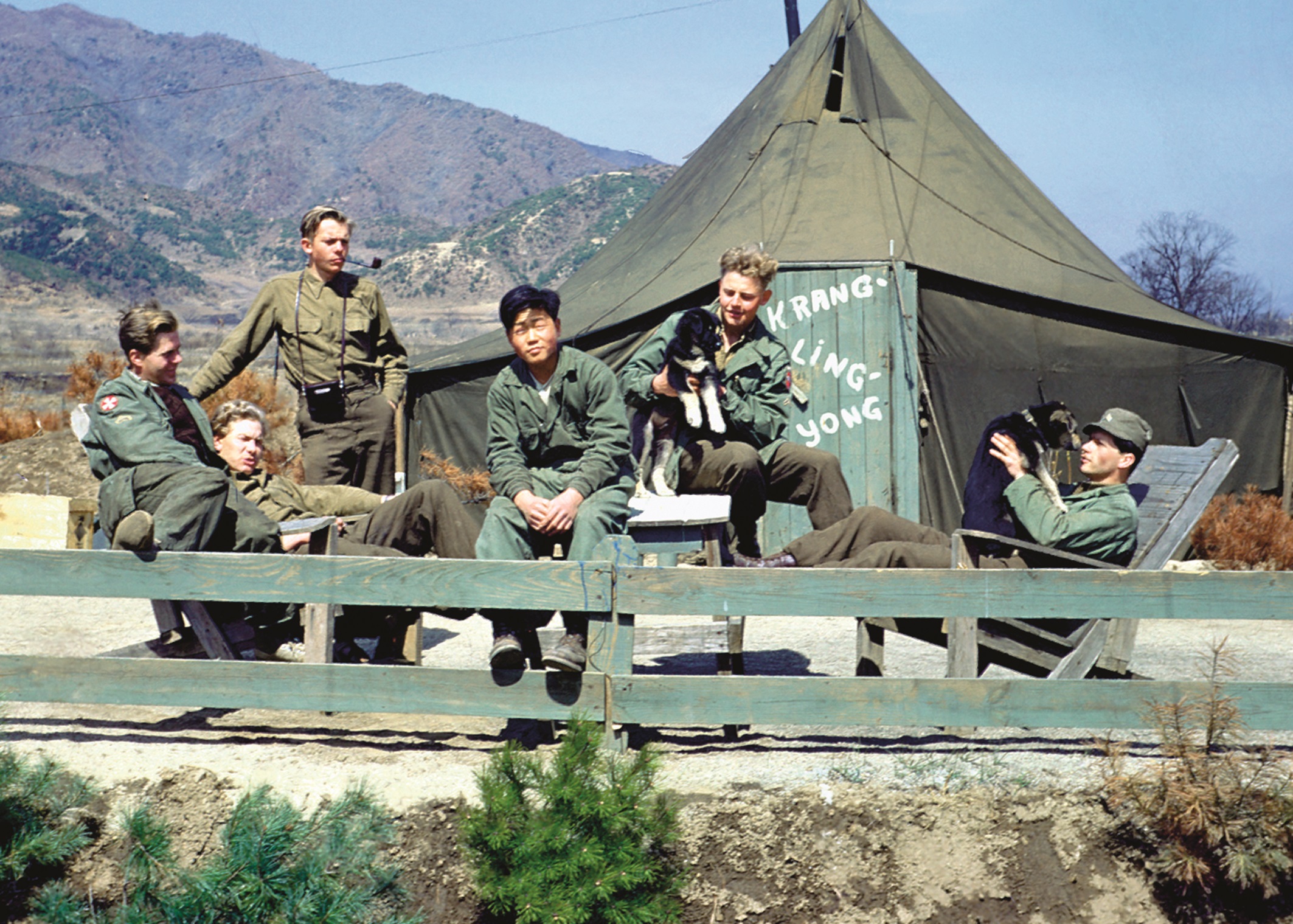 (Norwegians and Koreans enjoying the sun together at NORMASH)

The Norwegian monument in Dongduchon The Korea-Norway Friendship Association erected a monument to commemorate NORMASH in Dongduchon March 30, 1972. Dongduchon was chosen because the field hospital was located there in two of the three years it was operating. It was a gift from the Koreans who worked at NORMASH, and one of them sculptured the stone. The stone has an inscription and a Norwegian flag engraved.

This monument was moved in 2000, and is now located outside the new Freedom Protection Peace Museum. This Museum, which opened in May 2002, displays items from all the nations, which participated under the UN flag during the war. One section focuses on Norway, and the Museum management is searching for artifacts from the war, which they can show the public. Some artifacts, gathered at the old NORMASH site by locals, are already on display. 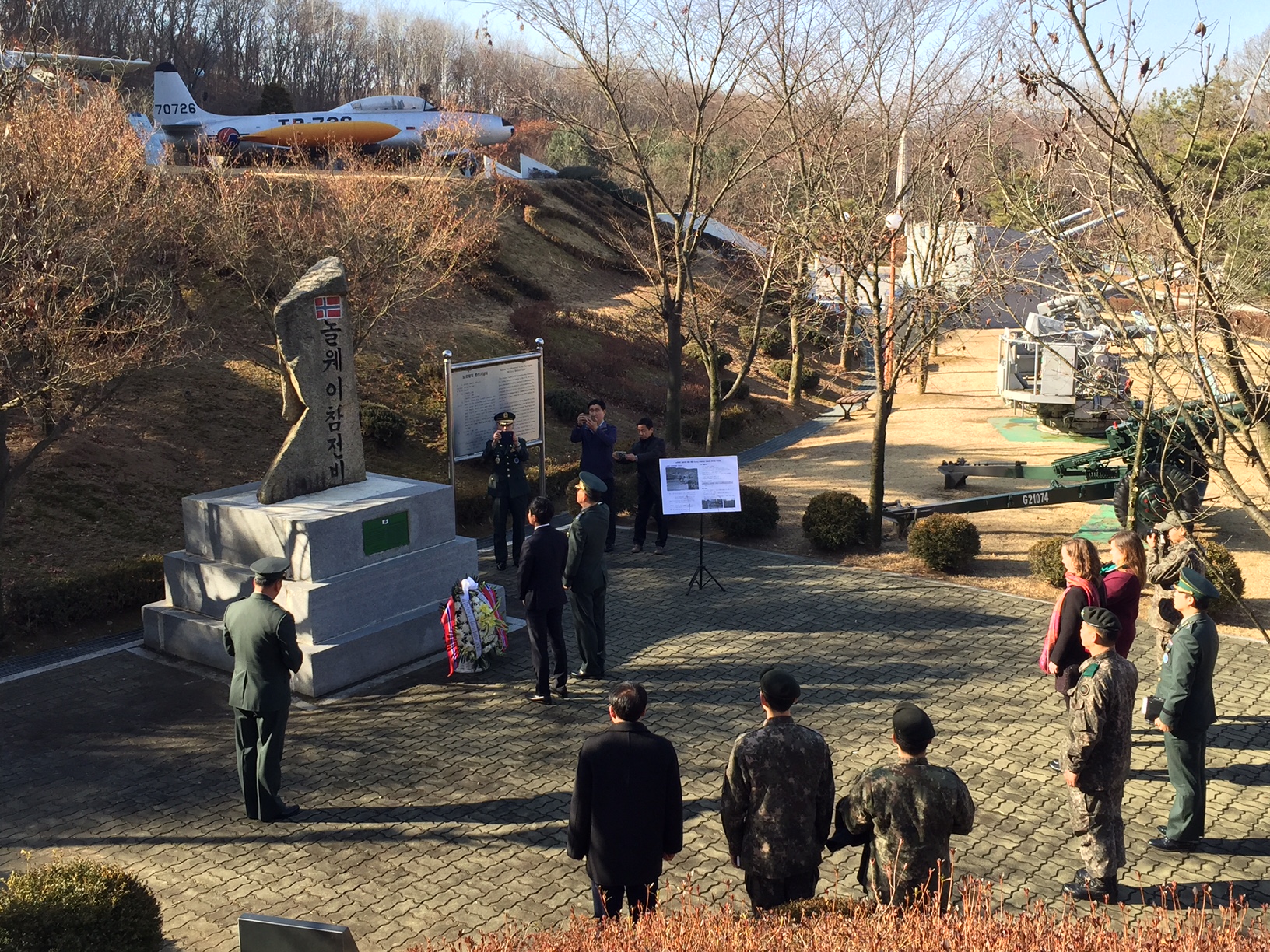 (The Norwegian embassy laying wreaths at the Dongduchon monument in February, 2017)

The Norwegian Veterans Association Although the war was over and NORMASH was no longer operative, the personnel of the Norwegian Mobile Army Surgical Hospital realized that there was more work to be done in Korea. They were especially concerned about the long queues of orphaned children. This resulted in the creation of an association called the "Norwegian Korea Foundation" (Norsk Korea Forening). This foundation was a channel for Norwegian aid to the war-thorn Korean community and later became involved with adoption of Korean children. Thus some of the veterans, together with other fellow Norwegians, played a role in Korea even after NORMASH was closed and the war was brought to an end by the armistice.

The NORMASH personnel also formed a veteran association. This association still exists. Some of the veterans have visited Korea after the war. During these visits, the veterans have had a chance to see the places from the war and meet with Korean people. The experience has been meaningful for those of the veterans who have had the chance to visit. They have expressed happiness over Korea's prosperity, and have appreciated the warm welcome the Koreans have showed them. 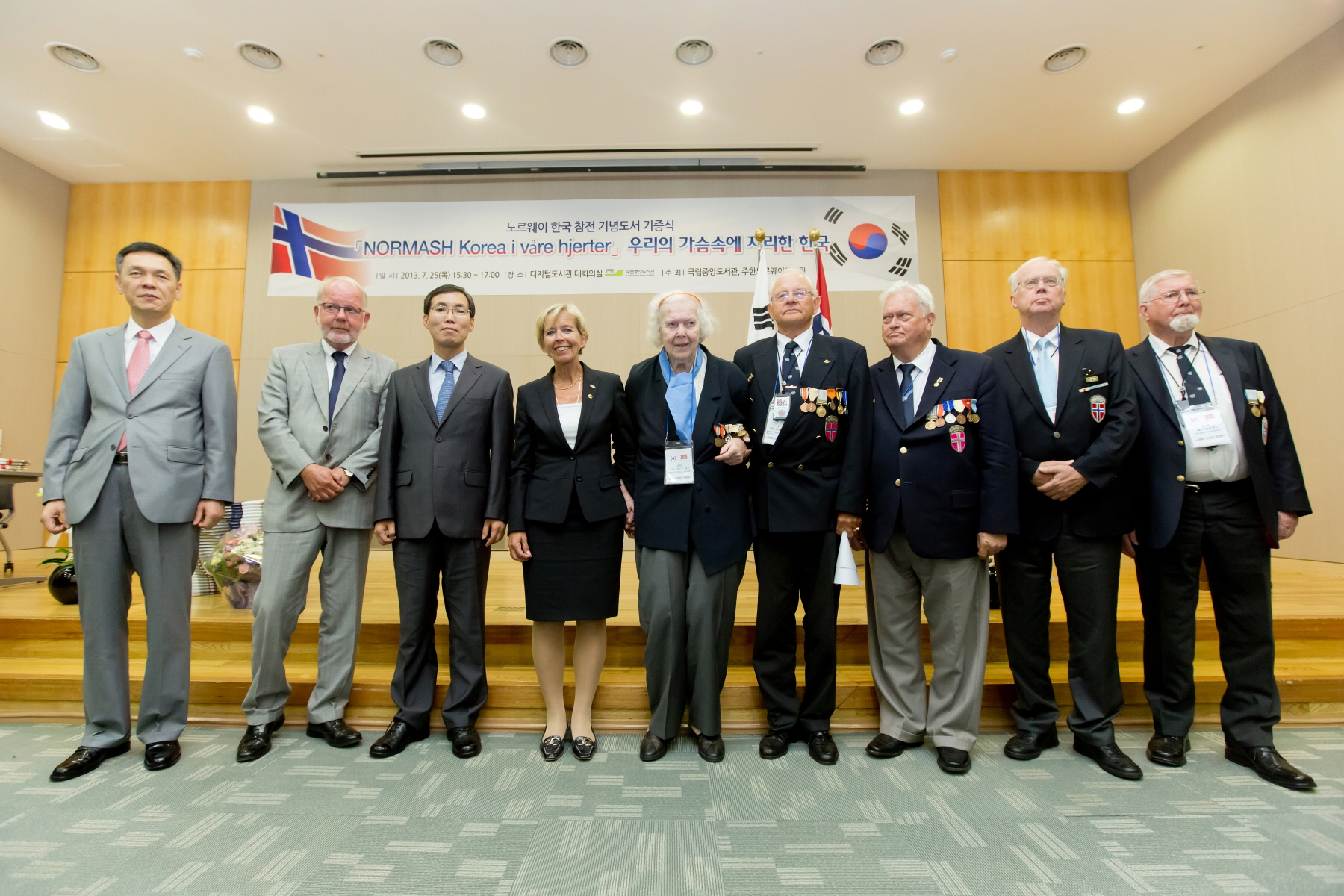 (At the launching ceremony of the book, "NORMASH - Korea i våre hjerter" [NORMASH - Korea in our hearts] on July 25th, 2017. Nr. 2 from the left is former Norwegian ambassador to South Korea, Torbjørn Holthe. On his right is Lim Won Sun, former president of the National Library of Korea. To the right of Mr. Lim is Anne Grete Strøm-Erichsen, former defense minister of Norway. The 5 to the far right are veterans who worked at the NORMASH hospital during the war.)