The Consulate marched together with fellow Norwegians and the European Consulates in the Bay Area under the parole "Europe for Pride" in the 52nd San Francisco Pride Parade. Norway and the European Consulates was proud to participate and stand together with all those who continue to fight for equal rights and dignity for sexual and gender minorities. San Francisco is the city ruled by love and celebration of diversity. Sunday’s parade was filled with colors of the rainbow, love, dancing, big smiles, and cheerful crowds.

2022 marks the fifty-year anniversary of the decriminalization of male homosexuality in Norway, celebrated with exhibitions and events throughout the country. On 21 April 1972, section 213 of the Norwegian Penal Code, which prohibited sexual acts between men, was repealed – beginning a series of social transformations which gathered momentum over the next half-century. When we in 2022 can celebrate love, we also remember the battle that was behind and what remains to be fought for. The abolition of section 213 has a symbolic value for the further struggle for equal rights, marginalized groups, and the right to be one's most authentic self. 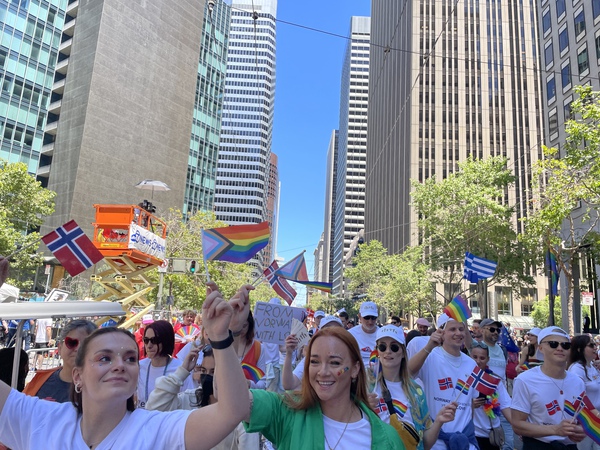 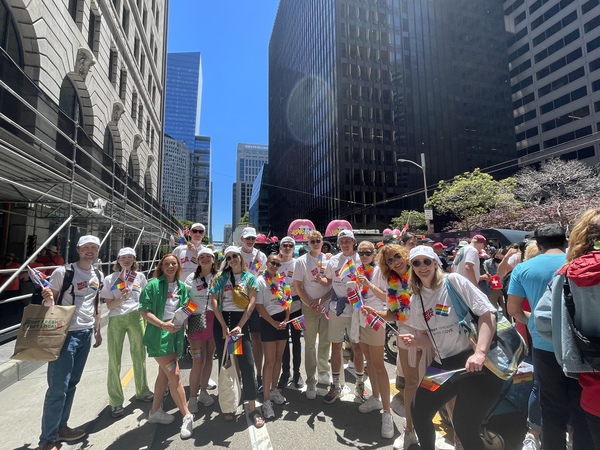 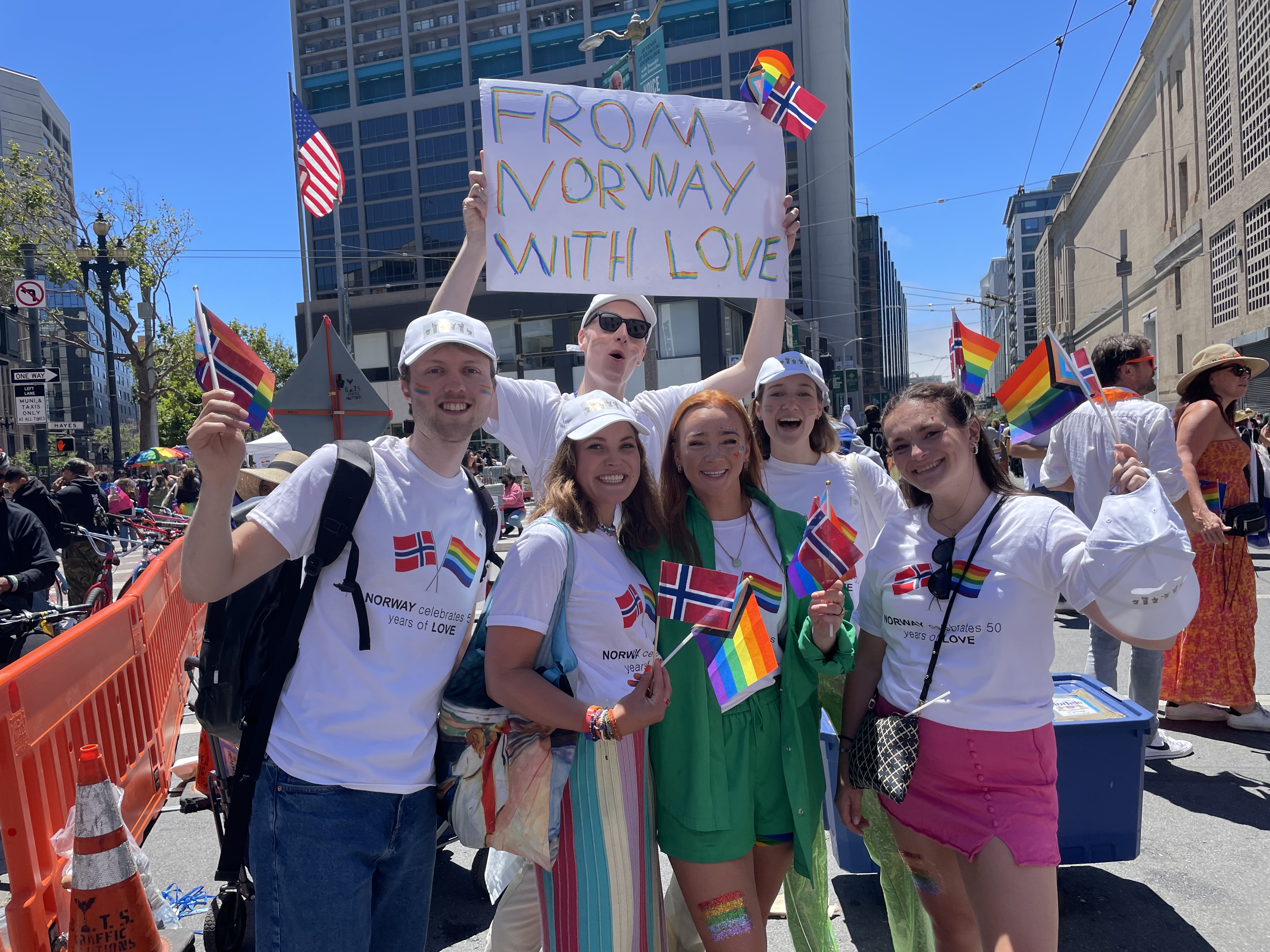