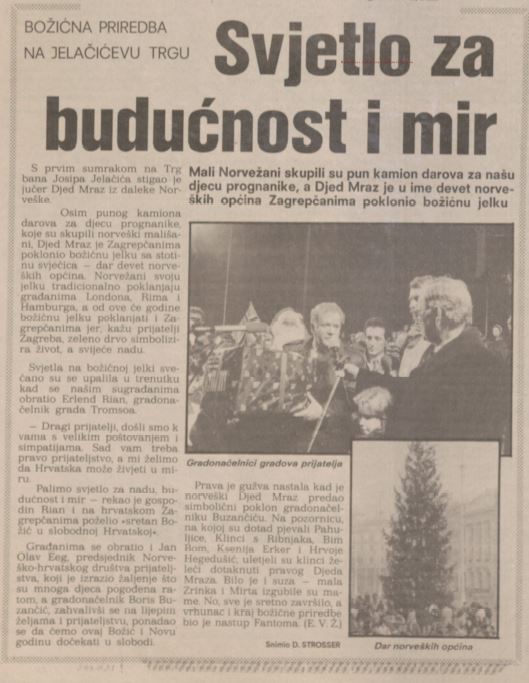 “This is a symbolic act which is intended to mark the beginning of a major Norwegian humanitarian aid campaign”, said the mayor of Tromsø at that time, which came to Zagreb in gesture of lightening up the Christmas tree.

Since then, several trucks have been loaded with humanitarian aid and other necessities, such as medicines, clothes and food. The contributions were gathered by nearly 30 local SOS – Croatia branch offices.