After the end of the Second World War, Morgenstierne was Norway’s delegate to the negotiations leading up to the United Nations Conference on International Organization in San Francisco 1945. At the conference representatives from 50 nations from all over the world gathered, determined to set up an organization that would preserve peace and help build a better world. On 26 June 1945, at the final session of the conference, Morgenstierne signed the United Nations Charter together with representatives of the 49 other countries. 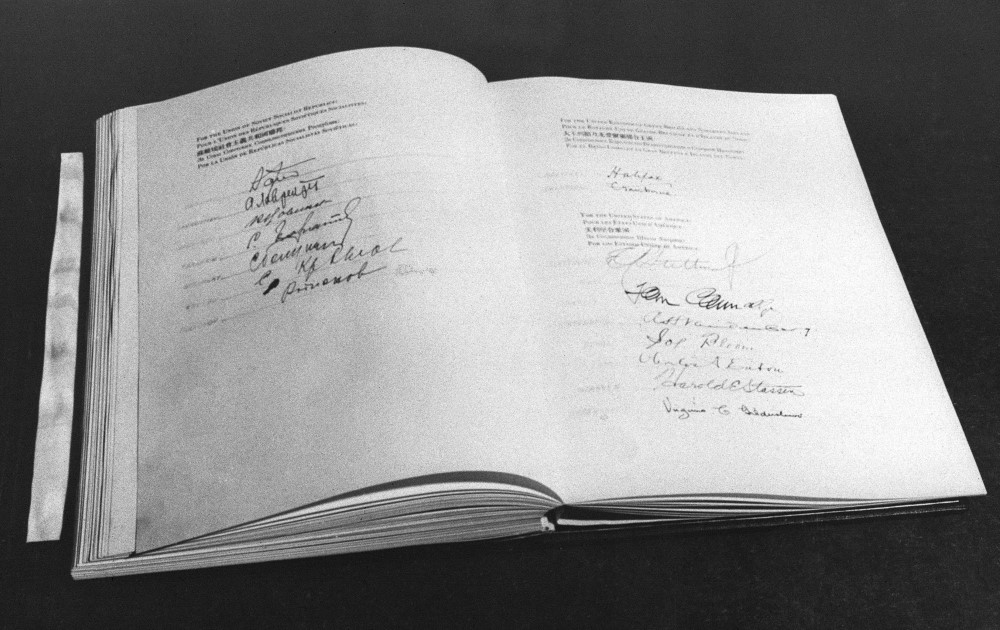 The signed charter, with the 50 founding members of the UN. Photo: UNPhoto/Rosenberg.

Wilhelm Munthe Morgenstierne was one of Norway’s most successful diplomats during the 19th century, with close to 40 years of duty in the United States. Morgenstierne had many powerful associates and during the Second World War, he was an important envoy creating an understanding of the Norwegian situation in the U.S.