Over time the condition of the United Nations campus in New York had deteriorated beyond the point of reasonable repair, requiring a total overhaul rather than floor-by-floor refits. Norway was committed to maintain the Norwegian identity in the UN Security Council Chamber, which Norway donated as a gift to the UN in 1952. After almost 60 years of faithful service, the Security Council Chamber was renovated from 2010-2013, and had its grand re-opening in April 2013. 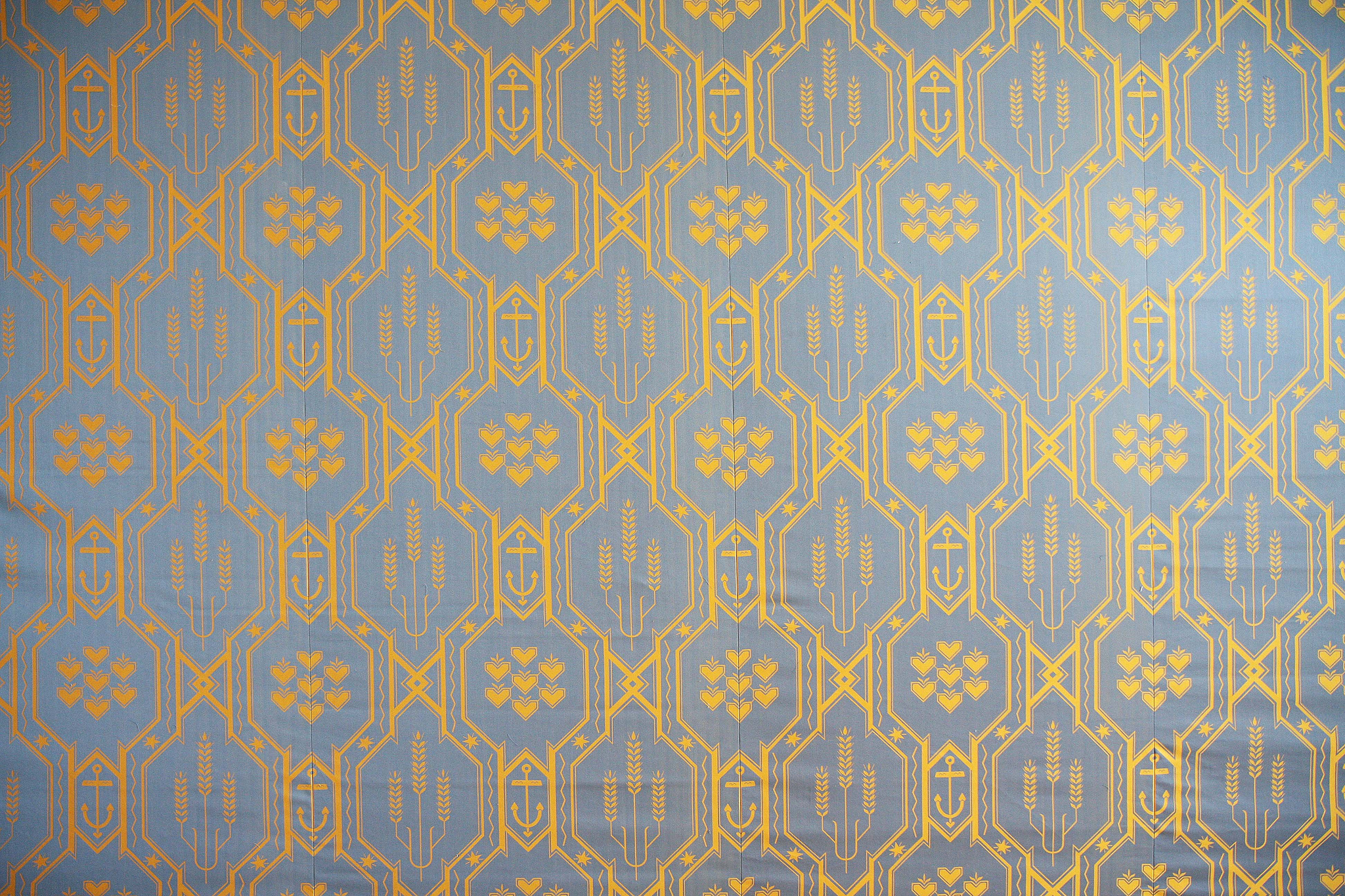 The draperies and wall coverings were designed by Norway’s Else Poulsson, showing the anchor of faith, the growing wheat of hope and the heart of charity. Photo: Martin Lerberg Fossum/NorwayMFA.

The Security Council chamber was designed by a Norwegian architect, Arnstein Arneberg, and most of the furnishings are a gift from the Norwegian Government. The decor of the room reflects the Council's purpose: to maintain the world in a state of peace. It includes straw wallpaper from Biri, and design by Norway’s Else Poulsson used in the draperies and wall coverings, showing the anchor of faith, the growing wheat of hope and the heart of charity. Per Krogh’s world famous image of a phoenix rising from a world in ashes.

The mural painted by Per Krohg, represents man's efforts to emerge from a dark past of war and slavery to a better life and a future illumined by science and the arts. The oval panel in the middle shows a man and woman, children around them, kneeling in calm and tranquility.

The UN requested that the Norwegian gift would be reinstalled after the renovation, which ensures a well-kept Norwegian identity. 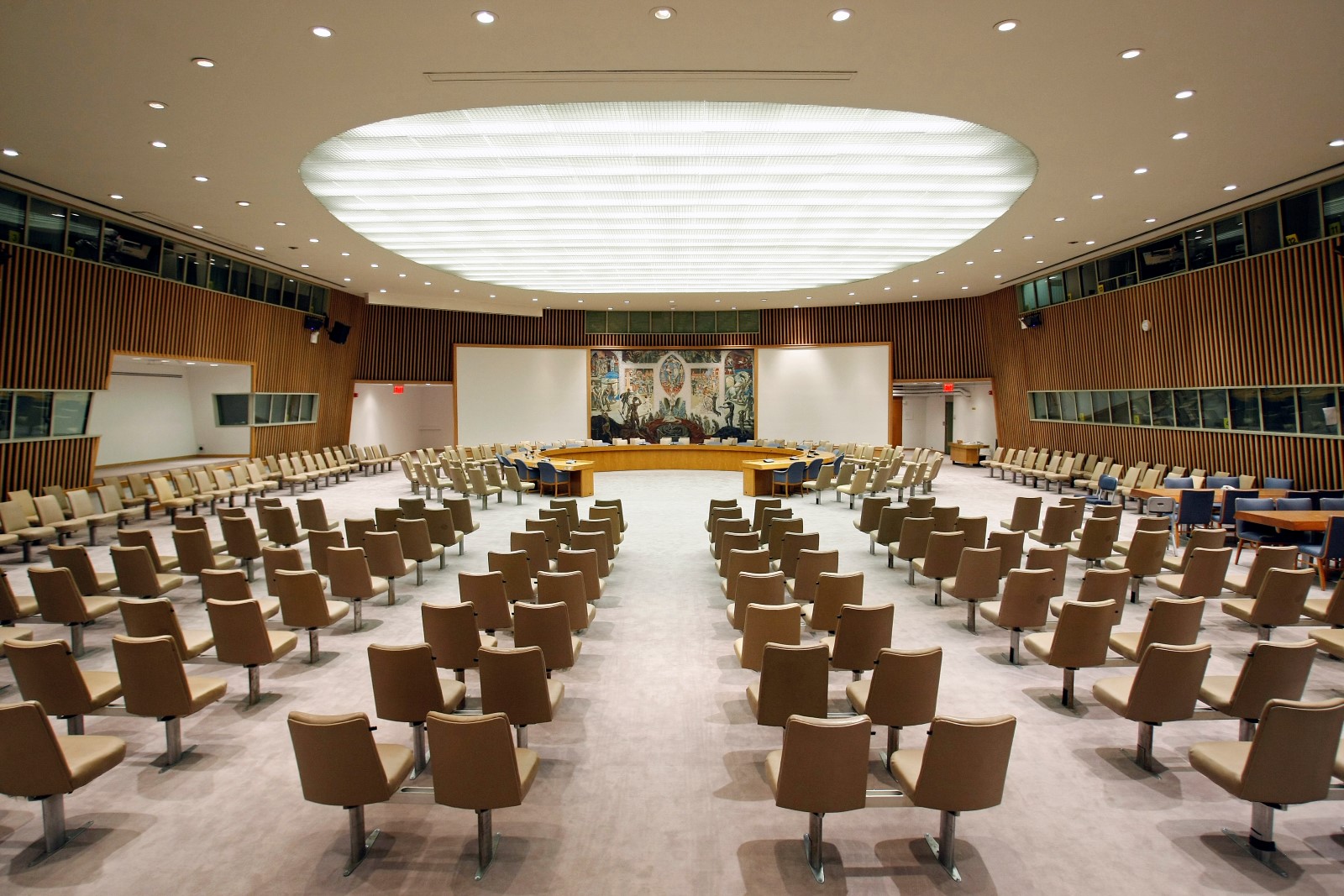 While the Security Council Chamber was renovated, an interim chamber was constructed in the General Assembly Building’s Conference Room 4. The Chamber's iconic untitled mural by the Norwegian painter Per Krohg was replicated digitally, while the horseshoe table was the original table. Photo: UN Photo/Paulo Filgueiras.

The renovation was essential for continued operations in the UN, and involved a new infrastructure, updated electrical equipment, better lighting and ventilation. The Norwegian focus has been restoration rather than replacement. 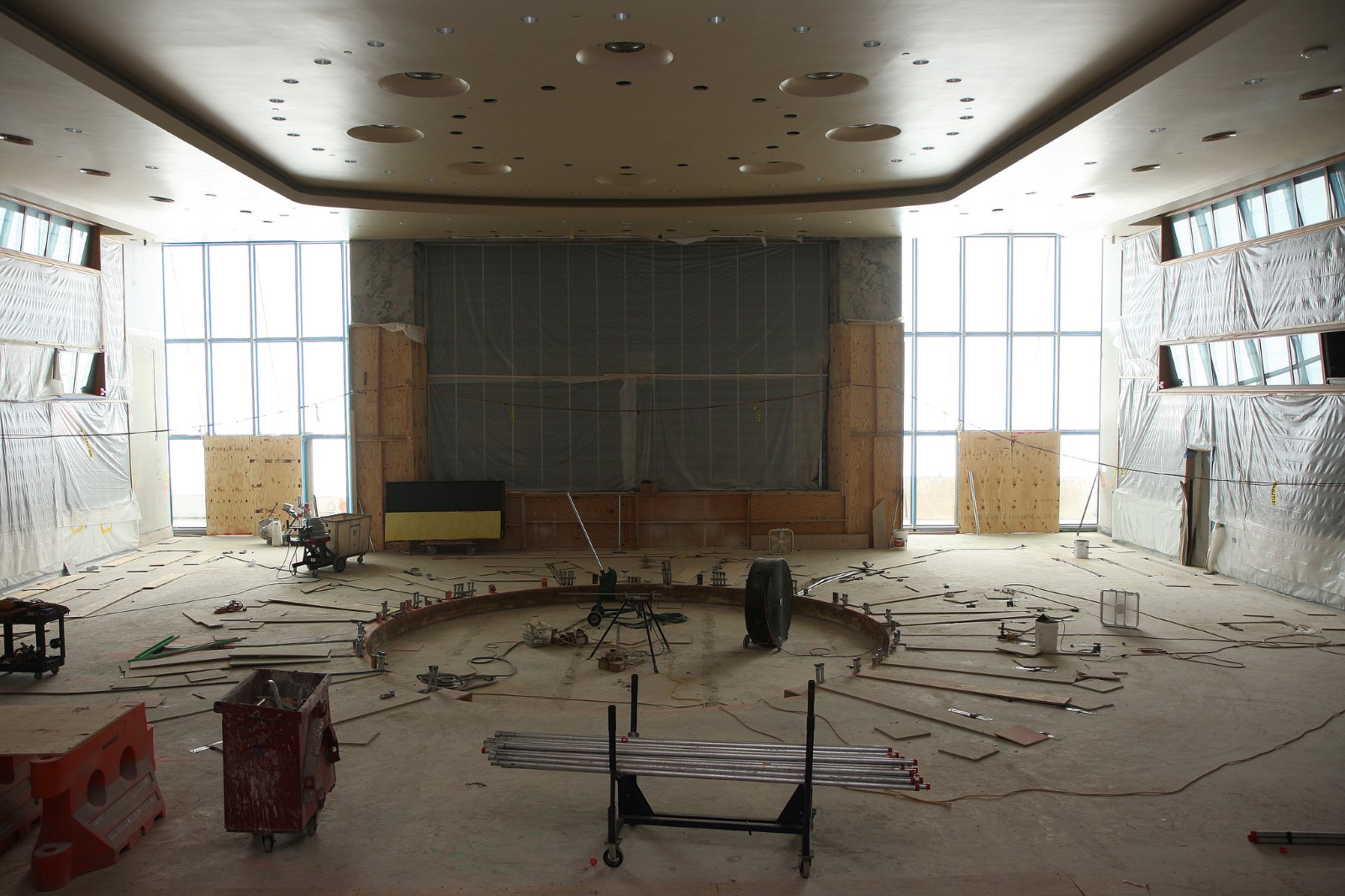 The chamber re-opened in its original form in April 2013.

The Security Council Chamber in figures

See more pictures from the renovation at NorwayUN on Flickr.