For decades, Dr. Gro Harlem Brundtland has championed health as a human right and puts sustainable development on the international agenda.

In December 1983 the UN Secretary-General asked Dr. Gro Harlem Brundtland to chair a World Commission on Environment and Development. She came to make strong impact on the commission’s work, widely referred to as the Brundtland Commission. She developed the broad political concept of sustainable development in the course of extensive public hearings, that were distinguished by their inclusiveness. The commission’s report ”Our Common Future” was presented in London in April 1987, after Brundtland had returned to the post of prime minister ten months earlier. The Commission's recommendations led to the Earth Summit - the United Nations Conference on Environment and Development (UNCED) in Rio de Janeiro in 1992. 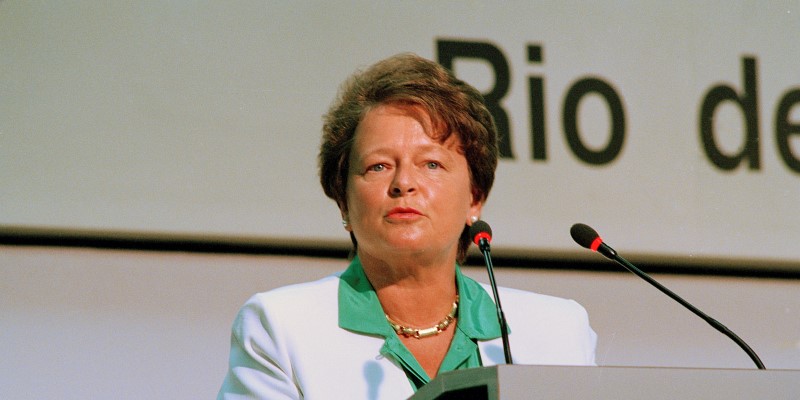 Brundtland was elected as Director-General of the World Health Organisation (WHO), based in Geneva. She took up the post in 1998.

"What is our key mission? I see WHO's role as being the moral voice and the technical leader in improving health of the people of the world. Ready and able to give advice on the key issues that can unleash development and alleviate suffering. I see our purpose to be combating disease and ill-health - promoting sustainable and equitable health systems in all countries", said Dr Brundtland in her acceptance speech.

Director-General of the World Health Organization (WHO) Dr. Gro Harlem Brundtland at the launch of the «Roll Back Malaria» campaign in 1998. Photo: UN Photo/Greg Kinch.

In the WHO she carried through major organizational changes, and stood out as a strong leader. Brundtland adopted a far-reaching approach to public health, establishing a Commission on Macroeconomics and Health, chaired by Jeffrey Sachs, and addressing violence as a major public health issue. Brundtland spearheaded the movement, now worldwide, to achieve the abolition of cigarette smoking by education, persuasion, and increased taxation. When her period at the WHO was over in 2003, she retired.

Since then Brundtland has been Health Policy Fellow at Harvard University, member of a UN High Level Panel on threats, challenges and change, a UN Special Envoy on climate change, and member and Deputy Chair of The Elders - a group of former leaders convened by Nelson Mandela, Graça Machel and Desmond Tutu to contribute their wisdom, leadership and integrity to tackling world problems. 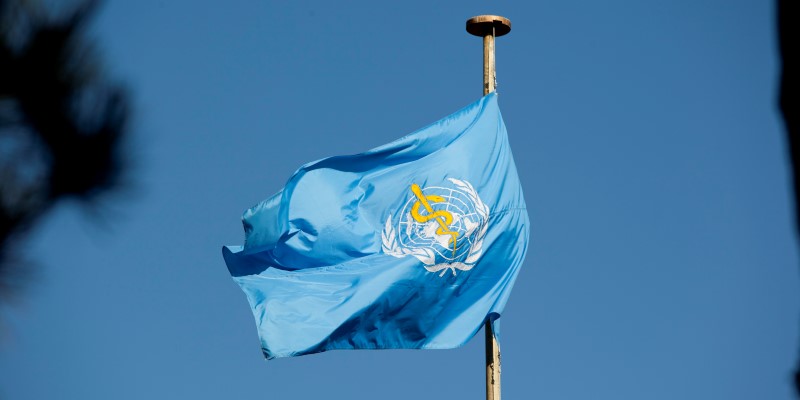 The flag of the World Health Organization  (WHO). Photo: U.S. Mission Geneva/Eric Bridiers.

Gro Harlem Brundtland is also a member of the Council of Women World Leaders, an international network of current and former women presidents and prime ministers.

Sources: Norsk Biografisk Leksikon, WHO and The Elders.