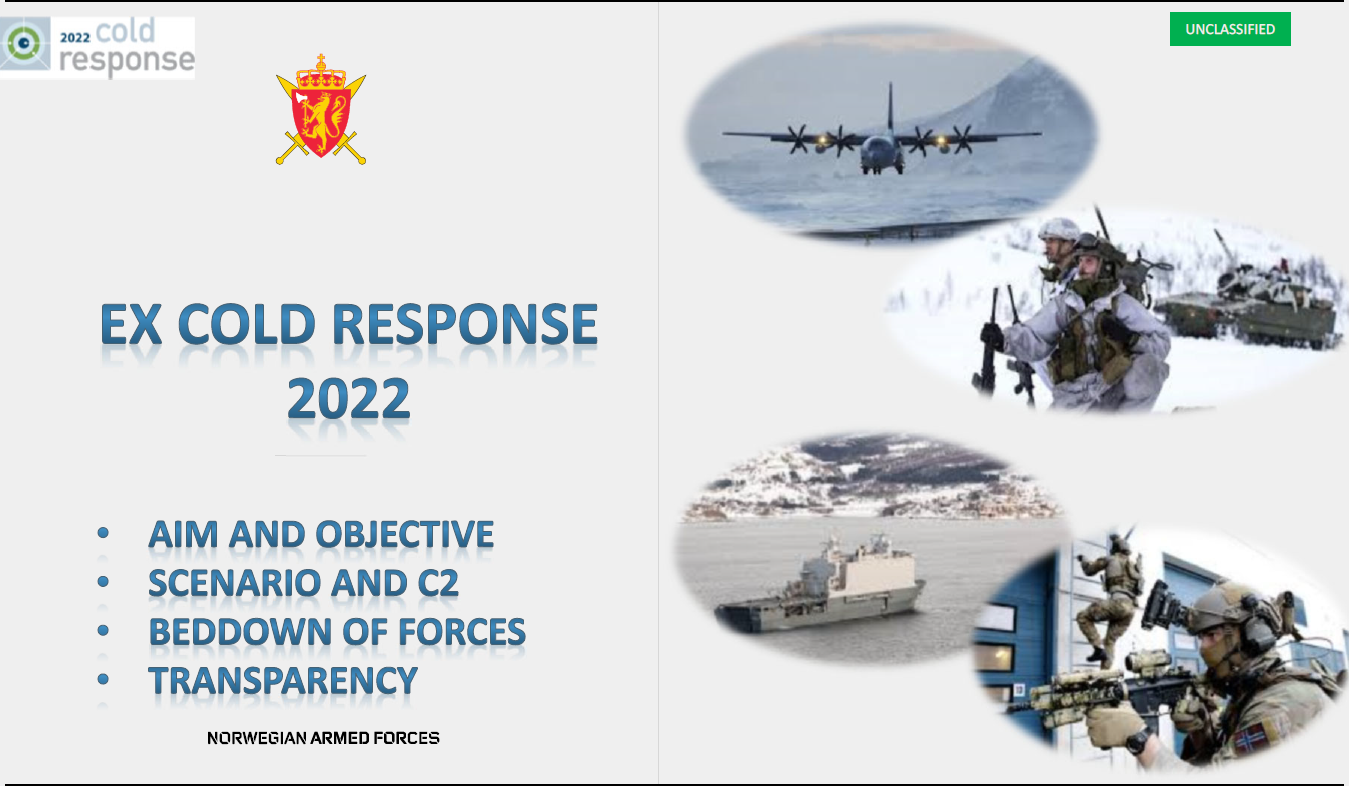 Intro: Exercise Cold Response 2022 (CR22) is a national Norwegian exercise. The Cold Response exercise series are held every other year, with invited international participants. The exercise was notified according to the Vienna Document 2011 § 61 on the 12th of November 2021, as well as in November 2020 – as the exercise could be over 40 000 personnel.

Cold Response 22 is the largest planned exercise conducted within NATO in 2022.

A significant part of exercise Cold Response 22 will take place in international waters adjacent to Norwegian territory with a large maritime and air presence. The Field Training Exercise will take place between 23 March‐ 30 March. A total force of 35 000 personnel from 25 nations are taking part in the exercise. Due to the pandemic, there are ongoing changes, so this number might change until the start of the exercise.

The Officer in charge of the Exercise is the Chief of the Norwegian Joint HQ in Bodø. 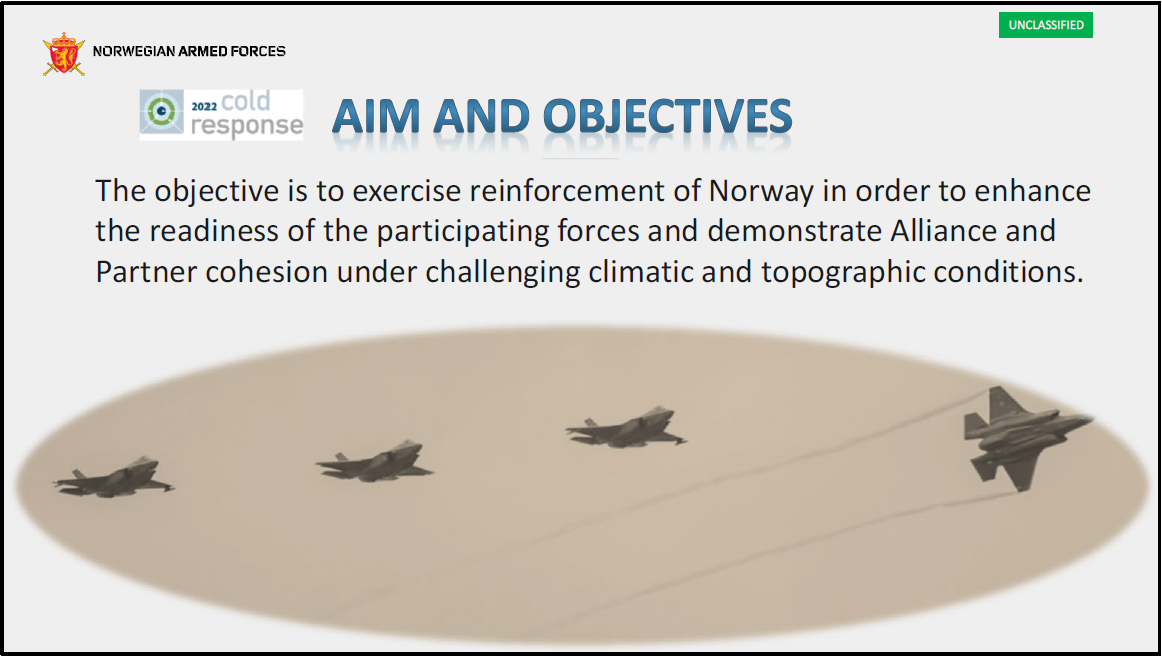 The objective of CR 22 is to exercise reinforcement of Norway in order to enhance the readiness of the participating forces and demonstrate Alliance and Partner cohesion under challenging climatic and topographic conditions. 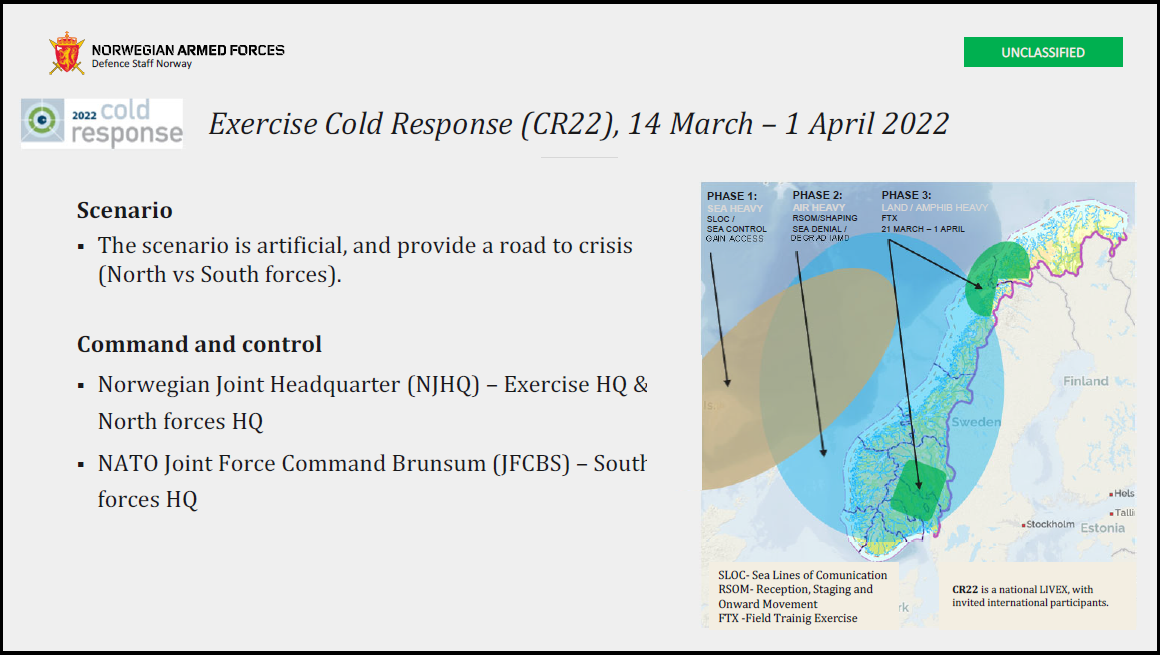 Command and control.
There are two operational commands in the exercise. 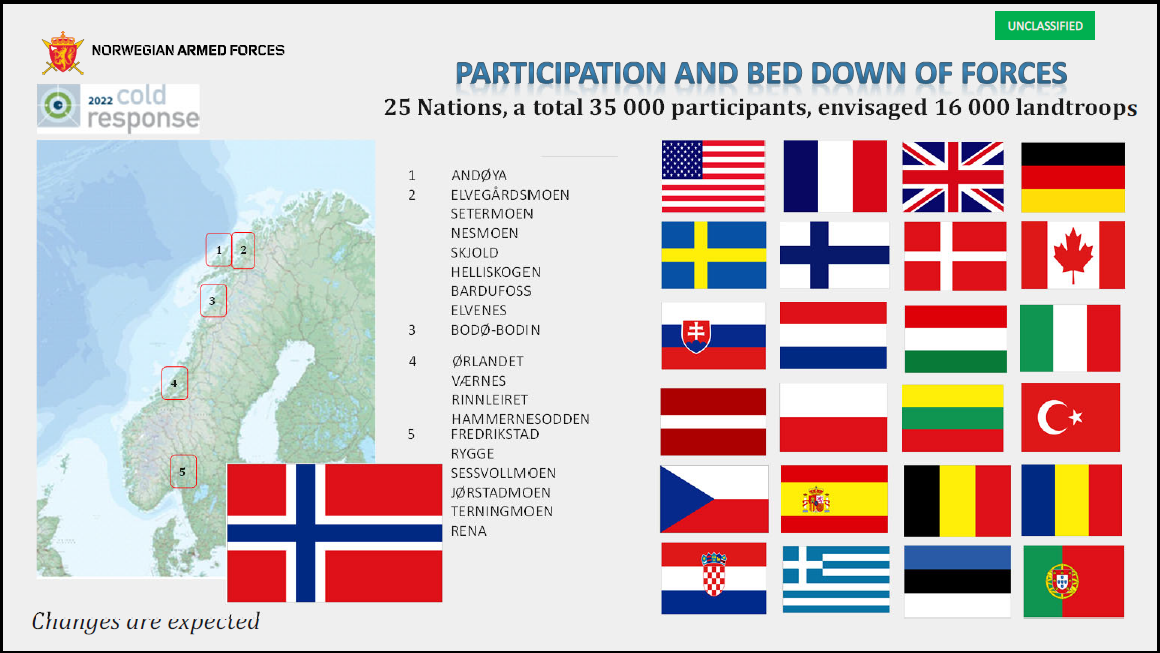 During the exercise, the participating forces will be deployed to different locations as depicted on the map. The largest participating states in the exercise are Norway, the USA, France, and the United Kingdom. 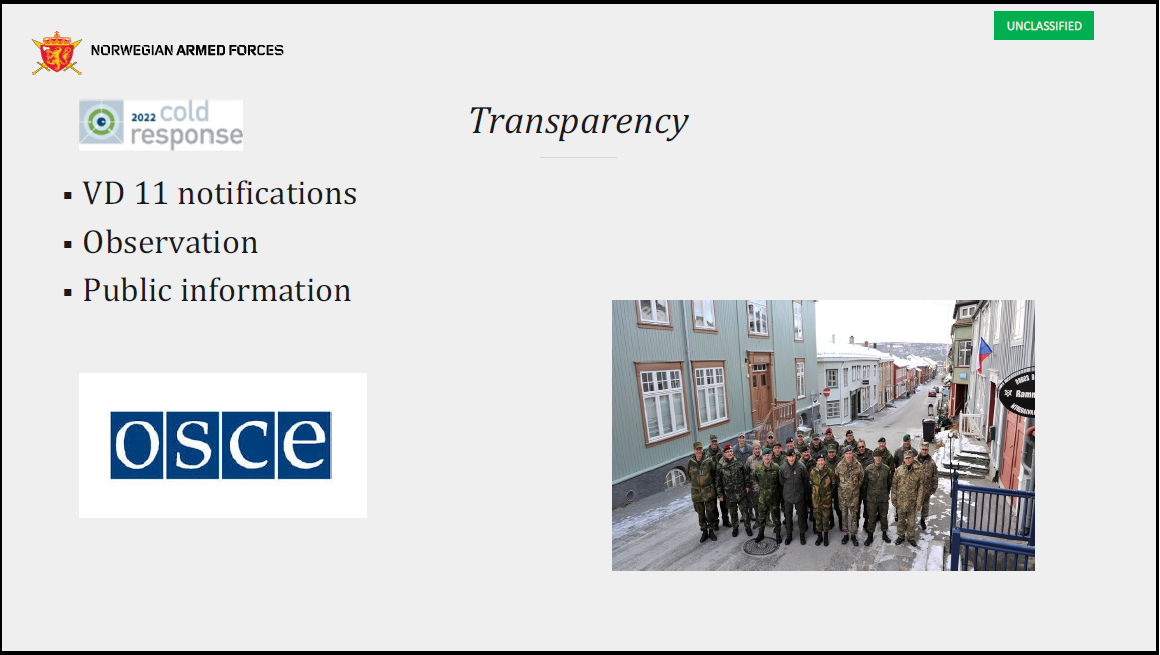