Ambassador of Norway Else Berit Eikeland underlines that Norway and Estonia are close neighbors despite the lack of a common border. “We are both sea nations with a long history. We are innovative and close to nature. We are proud of our northern culture and our polar explorers. These features keep bringing us together,” emphasizes the Ambassador.

100 years ago Norway recognized the young Republic of Estonia as an independent state and diplomatic relations were established between our two states. Norway, having become independent in 1905, knew full well the value of a sovereignty. Norway never recognized the illegal annexation of Estonia by the USSR and in 1953 the Estonian government in exile gathered in Oslo. In 1991 the relations continued between the two free states. 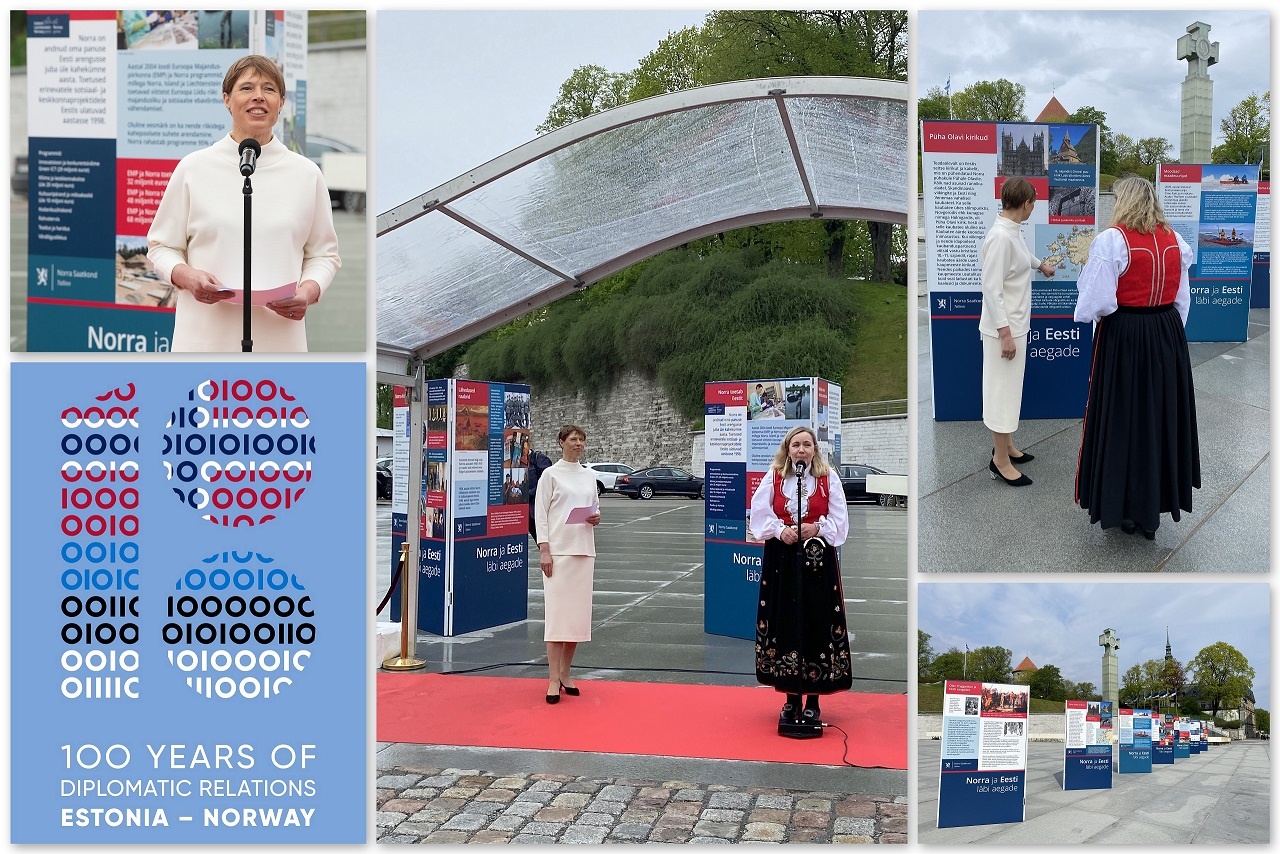 The connected history of Estonia and Norway, however, reaches back through centuries into the times, when Viking trading routes connected us on the Austrvegr. There are many references to Estonia in the Norse sagas, including the story of the well-known Norwegian Viking king Olav Tryggvason and his childhood in Saaremaa.

The tallest Estonian church Oleviste is dedicated to the Norwegian saint king Olav Haraldsson. Furthermore, there was a whole row of churches dedicated to Saint Olav along the coastal Viking trading routes in Estonia.

Situated both in the northern latitudes, it is hardly surprising that famous polar explorers have emerged from both Norway and Estonia such as Fridtjof Nansen, Roald Amundsen and Fabian Gottlieb von Bellingshausen a century ago, and Timo Palo with Audun Tholfsen continuing the proud tradition in modern times.

Nowadays the cooperation between Norway and Estonia has been close in innovation and ICT as well as environment and climate change. The cooperation and development projects in both sectors have been conducted in the framework of EEA and Norway Grants. Undoubtedly the most beautiful results have been delivered by the cooperation in the field of cultural heritage, where 15 Estonian manor schools have been renovated with the support from Norway.

All of these stories are presented at the outdoor exhibition at Tallinn Vabaduse väljak from May 17 until June 13, 2021.

The exhibition is produced by the Norwegian Embassy.