The woman behind the numbers

When Karen Keskulla Uhlenbeck held a Plenary Lecture in Kyoto, Japan in 1990, at the world’s most important gathering of mathematicians: The ICM, or the International Congress of Mathematicians, she was only the second woman in history to have done so – the first being Emmy Noether in 1932. 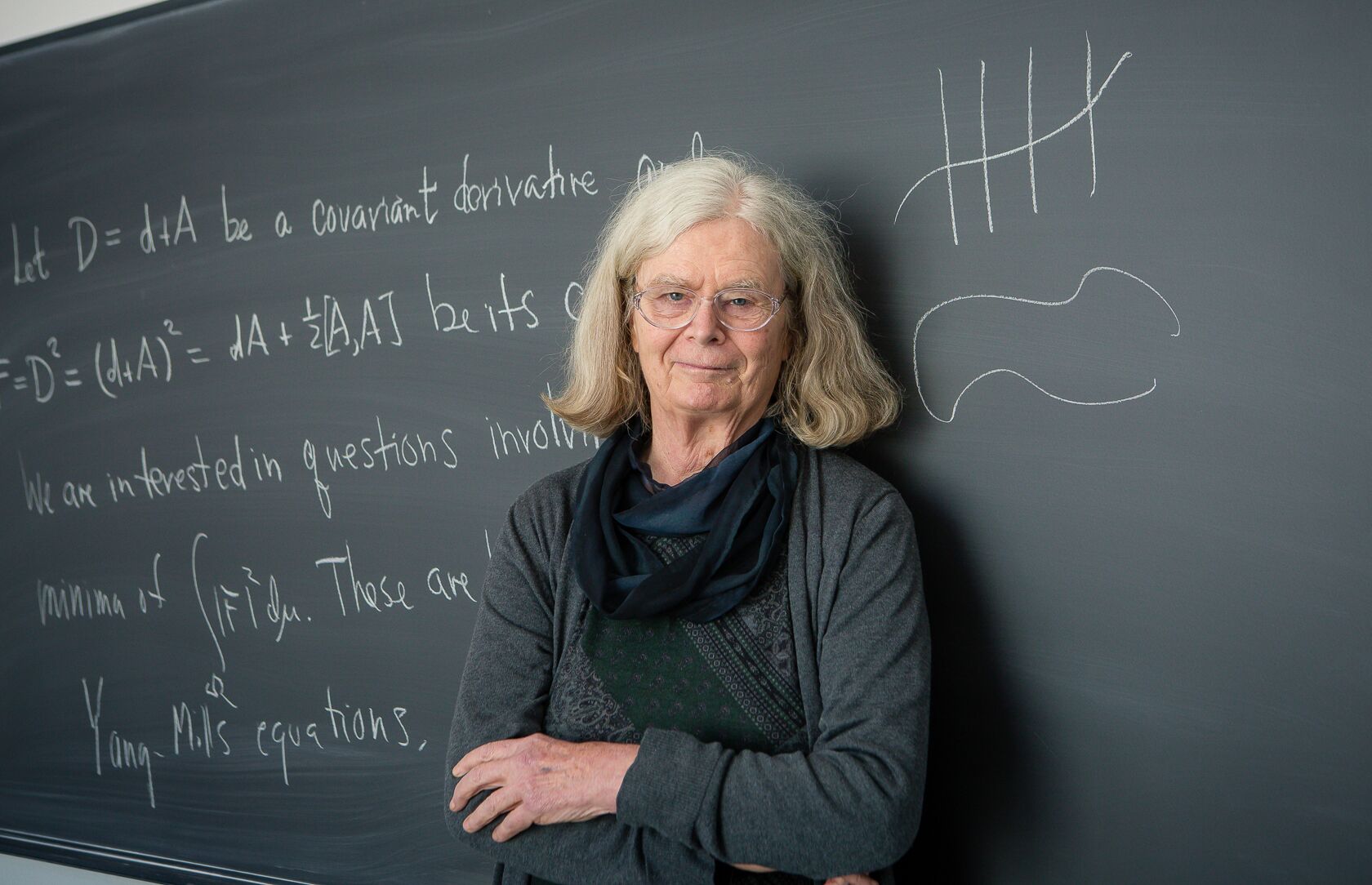 “The recognition of Uhlenbeck’s achievements should have been far greater, for her work has led to some of the most important advances in mathematics in the last 40 years.” – Jim Al-Khalili, Royal Society Fellow.

Uhlenbeck is a mathematician, but she is also a role model and a strong advocate for gender equality in science and mathematics. As a child, she loved reading and dreamed of becoming a scientist. Today, Uhlenbeck is Visiting Senior Research Scholar at Princeton University as well as Visiting Associate at the Institute for Advanced Study (IAS). She is one of the founders of the Park City Mathematics Institute (PCMI) at IAS, which aims to train young researchers and promote mutual understanding of the interests and challenges in mathematics.

“Karen Uhlenbeck receives the Abel Prize 2019 for her fundamental work in geometric analysis and gauge theory, which has dramatically changed the mathematical landscape. Her theories have revolutionized our understanding of minimal surfaces, such as those formed by soap bubbles, and more general minimization problems in higher dimensions.” – Hans Munthe-Kaas, Chair of the Abel Committee.

Uhlenbeck developed tools and methods in global analysis, which are now in the toolbox of every geometer and analyst. Her work also lays the foundation for contemporary geometric models in mathematics and physics.

Inspired by a fellow Abel Prize laureate, the late Sir Michael Atiyah, Uhlenbeck became interested in gauge theory. Gauge theory is the mathematical language of theoretical physics, and Uhlenbeck’s fundamental work in this area is essential for the modern mathematical understanding of models in particle physics, string theory and general relativity.

About the Abel Prize