As a rule, victims of gender based and domestic violence are women - in the case of North Macedonia, an estimated 95%. Although official statistics are still scarce, it is safe to say that gender based violence is a widespread phenomenon in North Macedonia. According to most recent research,[1] three out of five women think that violence against women is common, and nearly three in ten think that it is very common. As much as 44% of women have experienced psychological violence by an intimate partner, while three in ten women have been sexually harassed after the age of 15. However, only 2% of women who have experienced violence by an intimate partner have reported it to the police.[2] This fact shows that there is a lack of trust in the institutions, due to a low level of understanding of the officials in charge of cases of violence, as well as a lack of public awareness regarding gender based violence. Thus, with the response of institutions often being slow and inadequate, North Macedonian civil society organizations are the ones that are most active in tackling the issue of gender-based violence. On the average, 2-3 cases on monthly basis are reported to the Helsinki Committee for Human Rights (MHC), one of the CSOs in North Macedonia that has recognized gender-based violence as a serious problem in the society. These cases include different forms of gender based violence, with domestic violence prevailing.

Bojana Jovanovska, Project Coordinator at the MHC commented: “Having in mind that the online space in North Macedonia is very misogynist and male dominated, and that there is a lack of gender sensitive language in the media in general, it is of high importance to build the capacities of writers and journalists to report and write about gender-based violence and discrimination, but also to provide the digital space for dissemination of information on the topic”

Established in 1994, the mission of MHC is the promotion and protection of human rights of all vulnerable groups in the society, through the provision of legal aid in cases of discrimination and rights violations, as well as monitoring of policy implementation and harmonization of domestic legislation and practice with the EU. MHC has been one of the most prominent and active CSOs in North Macedonia in the fight for advancing human rights, particularly focusing on advancing the rights of various marginalized groups. In addition to women victims of various forms of gender-based violence, members of these marginalized groups are persons with disabilities, women from rural areas, sexual minorities, textile workers, prisoners and Roma. One of the main vulnerable groups MHC works with are the textile garment workers (more than 80% are women). 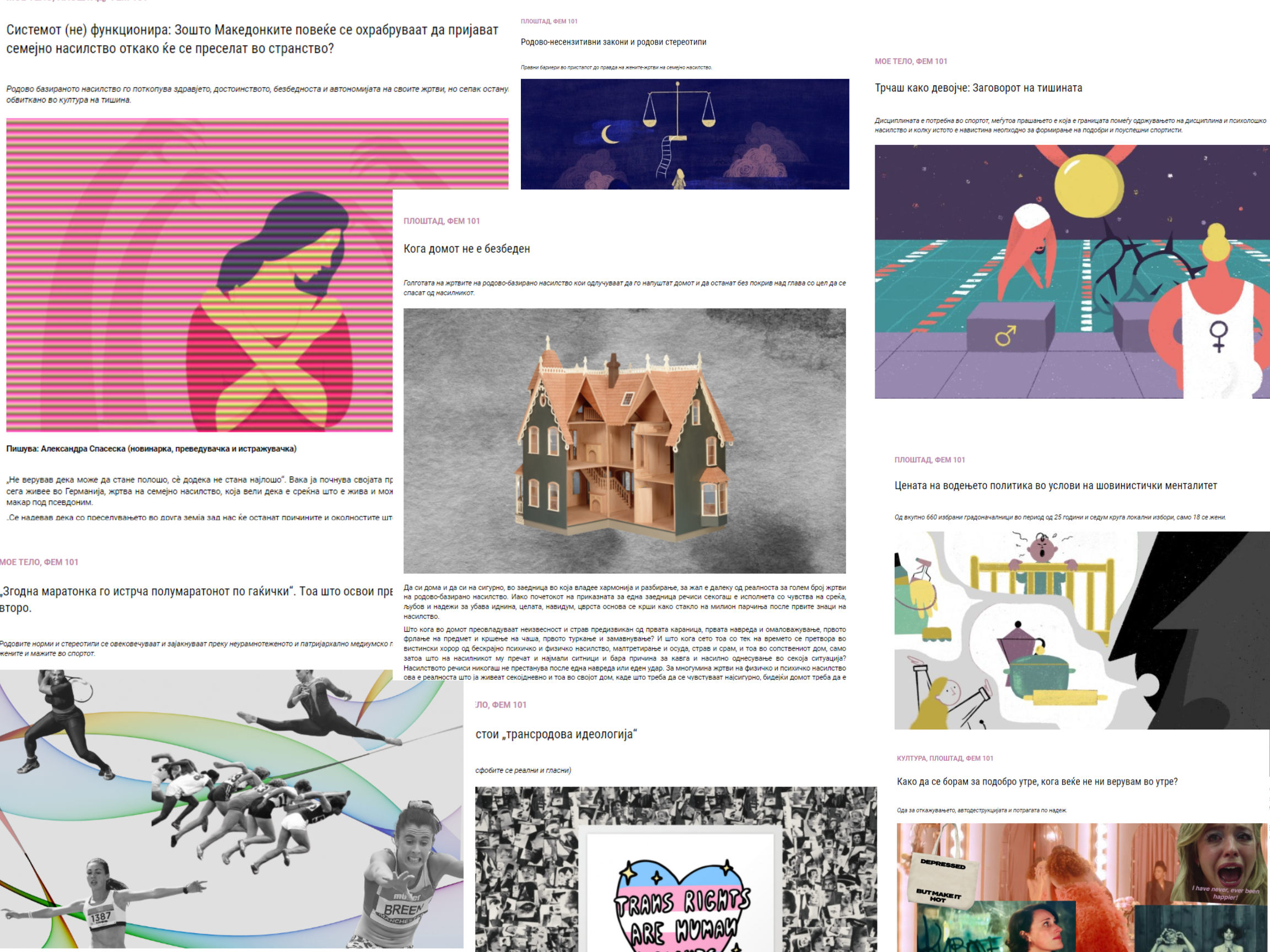 As part of its endeavors to tackle the problem of gender-based violence in North Macedonia, MHC has conceived a project entitled “Changing Policies, Challenging Perspectives”, with the overall goal of contributing to the process of reducing gender inequality in North Macedonia, through multiple interventions in the field of gender-based violence. The project aims to address these issues through a comprehensive approach that includes specific interventions, addressing different aspects of the problem. To that end, the project activities are divided in three key components. The first component is focused on prevention and includes capacity building of institutions and awareness raising activities. The second component is focused on providing support to victims of gender-based violence, through services such as free legal aid, psychosocial counselling and court litigation. The third component is focused on advocacy for advancement of legislation and harmonization with international standards.

Within the project, supported by the Balkan Trust for Democracy and the Ministry of Foreign Affairs of the Kingdom of Norway, as part of the awareness raising activities, MHC has conducted capacity building training for writers and journalists on writing research stories aimed at raising the awareness about gender-based violence from various perspectives. The training was focused on making writers more sensitive about different aspects of gender-based violence and gender-based discrimination. As part of the training, participants produced stories promoting gender sensitive language and data. This is done in the hope that they will, in the future, initiate public discussion on issues that have not been raised and/or have not received the necessary attention in the public. MHC disseminated the research stories through the feminist platform Meduza, the first of this kind created in Macedonian language. The Meduza website, along with its social media channels, presents a digital tool for communicating and tackling different aspects of gender norms, through the voices of women and girls. Meduza also serves as a platform to inform the public, targeting girls and young women, encouraging them to report any form of violence and get assistance and/or advice through MHC’s legal aid program. Through Meduza, MHC is educating and empowering the next generation of women’s rights advocates and change-makers, while offering cutting-edge, creative content that is easily accessible, especially to younger generations.