The Bečej Youth Association (BUM) is one of ISWS project partners, implementing their local project “Towards improved safety of women in the Municipality of Bečej”. BUM was founded in 2010 with the aim of organizing various activities for young people in the Municipality of Bečej. It was iniated by a group of enthusiasts, who originally started organizing free sport activities for young people, and very quickly became interested in improving the position of young people, fostering direct participation of young people in decision-making at the local level, especially in the creation of local youth policy.

Members of the organization are licensed youth workers, and apart from youth work, the organization is focused on the promotion of the rule of law, improvement of local community life and public information. BUM proposes tools and mechanisms to promote direct participation of all citizens with the aim of improving the quality of life in the local community, and on the other hand, enhance the responsibility of decision makers. The basic principles the organization advocates for are freedom of speech, pluralism of opinion and a timely flow of information in the public interest. To that end, in 2012, BUM founded the MojBečej portal, which now has one of the highest number of readers in this municipality.

As part of the project “Towards improved safety of women in the Municipality of Bečej”, BUM strives to empower and encourage women from rural areas to recognize violence in all its forms, and to report it to the competent institutions. To that end, around 150 workshops and counseling sessions in five villages of the Municipality of Bečej have been implemented. Among them were a sewing course, which was attended by women from three villages, a Hungarian and Serbian language course, as well as a bookkeeping course. 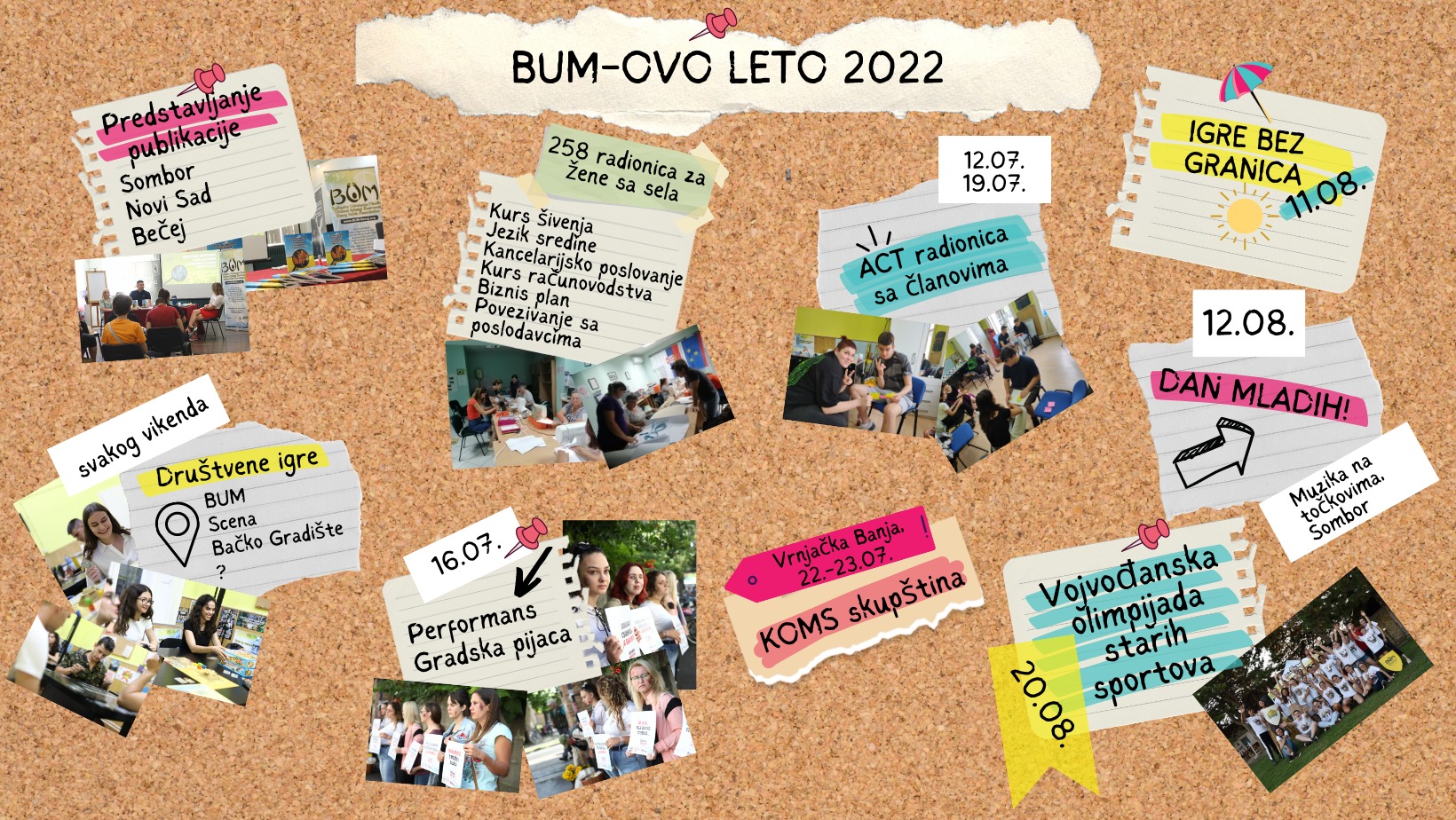 One of the project activities are workshops organized in cooperation with employees from the Center for Social Work Bečej and held in the villages of the Municipality of Bečej, with the goal of informing women directly about their rights and the social protection services they can obtain.

The free psychological counseling operating in four villages and in two languages ​​- Serbian and Hungarian - is especially important, because it is crucial for women to talk to experts in their mother tongue about their problems and sensitive issues, such as domestic violence and intimate partner violence. About 70 women have used the psychological counseling service so far, through individual or group counseling. The idea was to start with workshops in each village, and then offer individual counseling services, which would enable the beneficiaries to be more open when it comes to sensitive topics and enhance their trust in psychologists, who can help them gain strength and try to break the circle of violence, as well as connect them with institutions. The participants/users of this innovative service are women of different ages, education and financial status, and among them are single mothers, as well as members of the Roma community. According to the data collected by BUM, ten women have, so far, requested help and support from competent authorities and institutions.

“It is important that women from rural areas have services available in their communities, in their villages, and that these services are provided continuously. Any woman can be a victim of violence, regardless of her financial status or education. We must reach to all the women in the villages who need our support. It is a special challenge for the entire project team to talk to women who are marginalized in multiple ways, which is why it's important that information reaches them," commented Katarina Stojisavljević, psychologist and counselor at the Free Psychological Counseling Center.

So far, five public actions have been carried out, as well as numerous meetings with representatives of competent institutions, with the aim of improving intersectoral cooperation, as well as reducing and, where possible, preventing domestic violence. Visits to companies from the Municipality of Bečej are also planned, where the women who attended the courses would have an opportunity to meet potential employers. 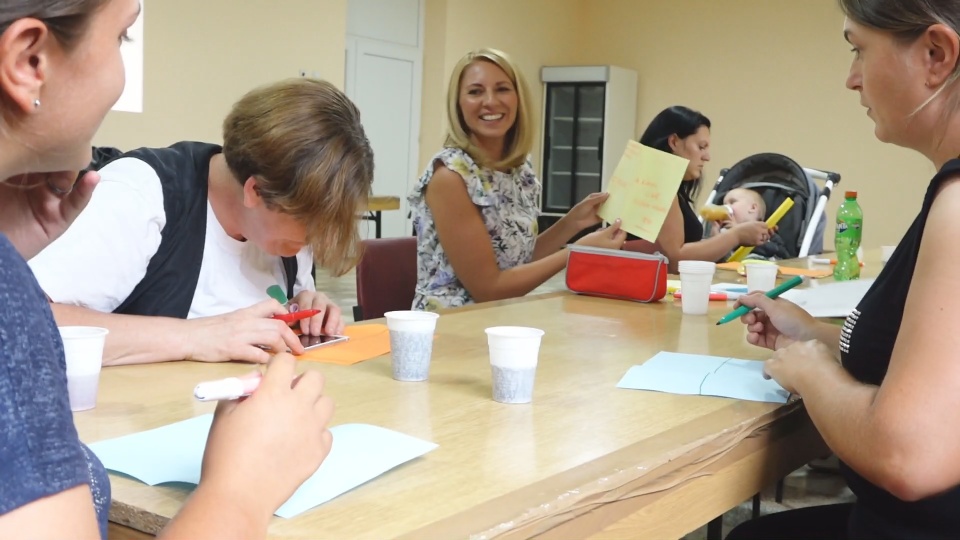 The project “Towards improved safety of women in the Municipality of Bečej” has contributed to violence against women from rural areas being discussed publicly, not only within the project activities, but also in the media. As part of the project, the beneficiaries are informed about their rights and the support and services provided by institutions and local self-government. In addition, women from rural areas began to self-organize in the premises of local communities, to gather, to design a space where they can improve their knowledge and skills, or just spend some pleasant moments.

The basic message that BUM promotes through its activities is that every woman is important and valuable, regardless of where she lives, whether she is educated or not, whether she is rich or poor, and that no woman should suffer violence, be it physical, psychological, sexual, or economic. Every woman has the right to have her voice heard and to be protected. No woman is alone.

You can read more about the activities within the project “Towards improved safety of women in the Municipality of Bečej” on the following links: