The event was a part of UNECE’s ‘Urban Week 2018’ and took place on 3 October 2018. Featuring panelists from academia, NGOs and social entrepreneurs, the panel debate provided many interesting perspectives. As Mr. Juha Kaakinen, CEO of the Y-Foundation said; “Housing is a fundamental human right, not a commodity”.

Presenting his project, Mr Tjeldflaat explained how the utilization of 3D printed shelters, placed on vertical surfaces in urban areas, could be used to temporarily house homeless people in cities such as New York. The modules would be 3d-printed, using recirculated plastic, creating individual spaces for sleeping, sanitation and social gatherings. The shelter, also known as “the pod”, would use city-spaces which otherwise have remained un-utilized. 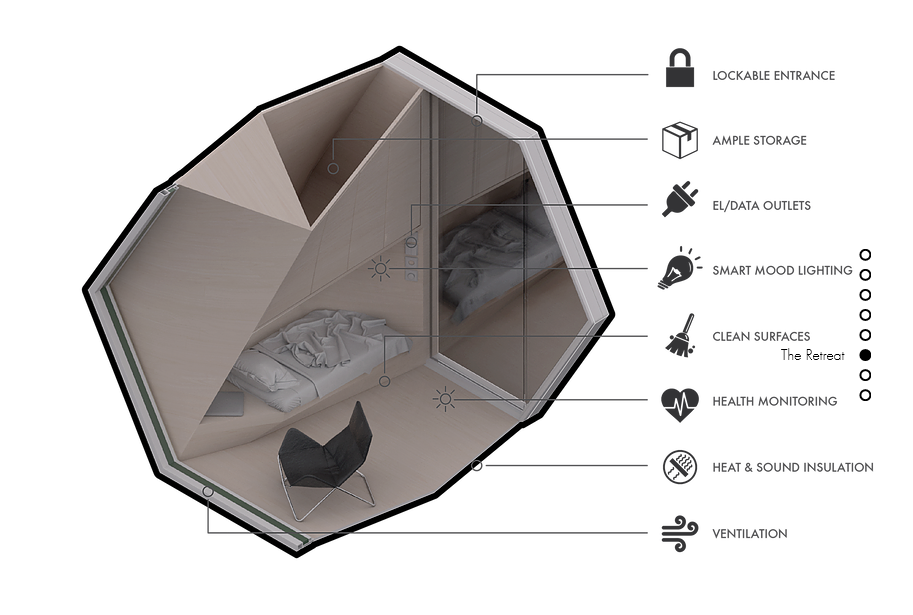 "The Pod" - Illustration taken from: shelterwithdignity.com

Mr Tjeldflaat underlined that the project is only meant as a temporary solution “the pod is meant to get people off the street while waiting for permanent-housing”, he said. Offering adequate housing is a “lead domino”, providing dignity and a foundation for the worse-off to re-establish themselves in society. “Hopefully, my pod can be that domino someday”, he says.