Norway is playing a leading role in the global efforts to promote clean and healthy oceans. In 2018, Norway has committed 35 million USD to combat marine plastics and micro-plastics. Some of the funds are earmarked support to the Indonesian government’s bold target of reducing plastic waste into the sea by 70% by 2025.

Marine litter is one of the biggest environmental problems of our time. Every year, around eight million tonnes of plastic end up in the oceans. The plastic does not disappear, and it is highly damaging to marine life.

– We have to stop using the oceans as a dumpster, the Minister told the participants in Bali.

The development programme on marine litter is a key element of the Government’s ocean efforts, and is an important Norwegian contribution to the global efforts to ensure clean and sustainable oceans.

Proud of cooperation with Indonesia

During her announcement in Bali, Minister Eriksen Søreide also highlighted the efforts of the Indonesian Government:

– The Project Stop, in Muncar, just across the strait from Bali is a good example of an impactful measure. In close cooperation with the local authorities, Project Stop is focusing on improving waste management on land to reduce the amount of marine litter. Norway is proud to be among its supporting partners.

Norway has worked to ensure that the prevention of marine pollution, including marine plastic litter, is included as a key theme in the World Bank’s new multi-donor Problue Trust Fund. The Norwegian Government has provided NOK 125 million to the Fund in 2018.

Various countries have together pledged a total of around NOK 600 million to the Problue Trust Fund, which is expected to an important role in helping countries to reach the Sustainable Development Goals and achieve the goal of eliminating marine litter.

– In the next 30 years, the world’s population is expected to grow by two billion people. That means that the future share of food and other resources coming from the oceans will have to increase substantially to meet growing demand. This can be done – estimates show that the ocean economy could more than double its contribution to the global economy by 2030. This requires us to manage the oceans wisely, Minister Eriksen Søreide stressed in the Bali meeting.

In her speech, she also formally launched Norway as the host for Our Ocean 2019, which will take place in Oslo 24-25 October. 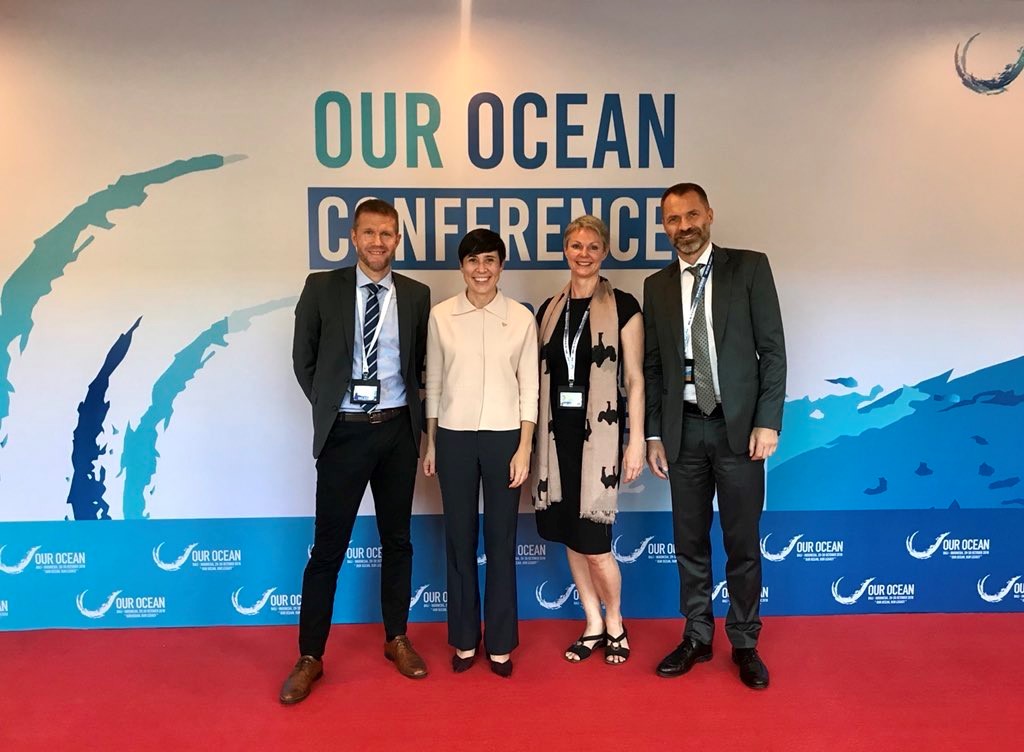