His Excellency Enggartiasto Lukita, Indonesia’s Minister of Trade, received State Secretary Daniel Bjarmann-Simonsen from the Norwegian Ministry of Trade and Fisheries and other high-level representatives from the other EFTA States (Iceland, Liechtenstein and Switzerland) for the signing ceremony.

– CEPA is a landmark agreement for Norway. We hope the agreement will contribute to creating a better trade environment for our business communities and augmenting our trade and investment with Indonesia, said State Secretary Bjarmann-Simonsen during the signing.

He added that for Norway, as a small but open economy, strengthening our trade relations with important markets like Indonesia is of the outmost importance.

CEPA will now be submitted to the 5 countries' Parliaments and Governments for ratification before the agreement can enter into force.

Opportunities for Norwegian seafood in Indonesia

Another very positive aspect of the agreement is the huge potential when it comes to the creation of new jobs that increased investment and trade brings. 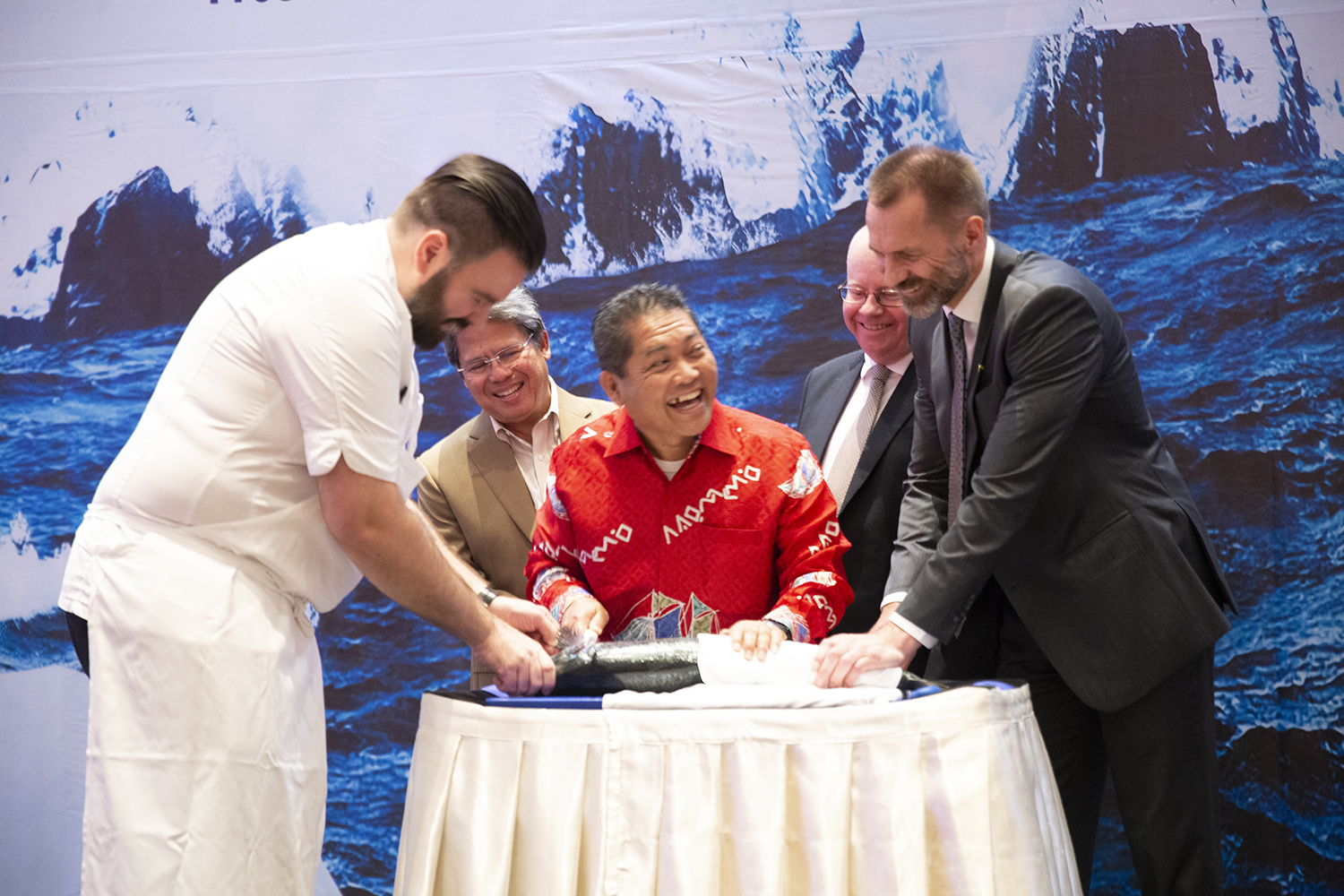 – The agreement is important for Norwegian seafood producers, as it is expected to contribute to continued growth in seafood exports to the world's fourth most populated country, says Ambassaador Kaale.

Not only have the countries agreed to gradually dismantle the import tariffs on important export products for Norway like mackerel, salmon, trout and snow crab over the next 9 to 12 years – such import is also expected to become less cumbersome as the agreement will cut trade bureaucracy, reduce the number of required export documents and enhance transparency.

Milestone in the Indonesia - Norway cooperation

Examples of important export products that will enjoy duty free access to Indonesia after entry into force of the agreement are oil and gas, turbines, engines, equipment for drilling rigs and drilling rigs. These account for approximately 80 per cent of today’s export from Norway to Indonesia, and illustrate the importance of the trade agreement.

According to numbers submitted from Indonesia’s Ministry of Trade Indonesia’s export to Norway was almost USD 54 million in 2017, with electronic appliances, charcoal, wood, tubes and pipes, fruits and nuts dominating the trade export.