Women’s participation crucial in the context of peace and security

– Like men, women have the right to take part in decisions that relate to their past, and that will impact their future. Both women and men benefit from drawing on the experience and resources of the entire population. This is important in economics and value creation, and it is crucial in the context of peace and security. That is why we are setting our sights even higher than before, says Norwegian  Prime Minister Erna Solberg. 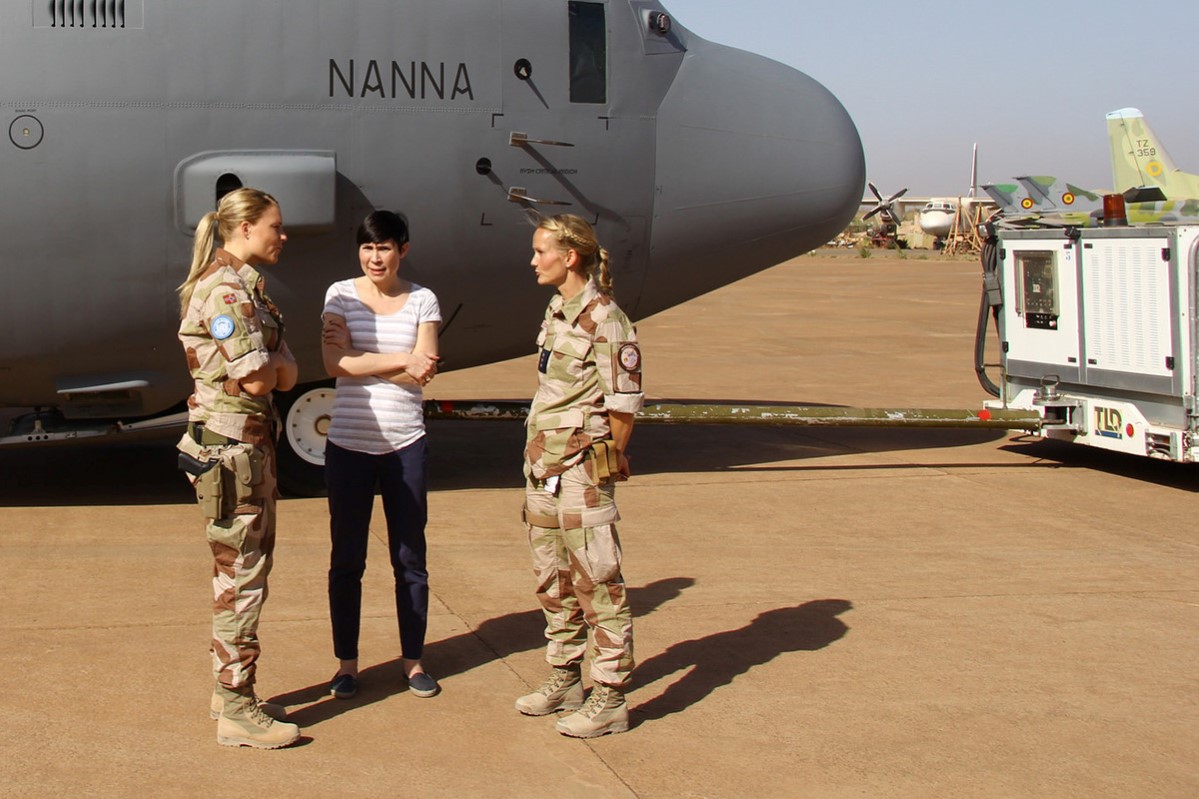 The action plan also highlights the long-term work to promote women’s rights and equality in countries affected by armed conflict. Women’s efforts and the significance of female and male gender roles are emphasised in encounters with violent extremism.

The new action plan aims for reinforced commitment in areas where Norway is particularly qualified to contribute:

– We will start earlier and stay involved longer than before: We will facilitate inclusive peace processes as early as in initial peace talks, and we will give equal priority to women’s participation and rights in our support for implementing peace agreements, as in the negotiations phase. In our humanitarian efforts, we will promote women as stakeholders and we will emphasise the different needs of women and men, girls and boys, in vulnerable situations, said Minister of Foreign Affairs Ine Eriksen Søreide.

The priority country model introduced in the previous plan period has led to a more direct and focused commitment, and this will be continued. Specifically, we will continue our commitment in Afghanistan, Colombia, Myanmar, Nigeria, Palestine and South Sudan. The Philippines, Mali and Syria are new priority countries, and the cooperation with the African Union will be incorporated in the same follow-up system.

– Norway’s new action plan sends a clear political signal that we will promote women’s participation and influence, rights and needs in all peace and security efforts. We expect the same engagement from men as from women in this field. This is about safeguarding the security needs of the entire population, said Minister of Defence Frank Bakke-Jensen.

Part of the social mission of the police

Through preventive, enforcement and assistance activity, the police will be part of society’s overall effort to promote citizens’ due process rights, safety and general welfare. Consequently, the areas covered by the National Action Plan on Women, Peace and Security are a key part of the social mission of the police.

– The Norwegian police are highly skilled in preventing and combatting violence and assault against women. This expertise is in demand internationally, for example in connection with participation in UN peacekeeping operations. The police also make significant contributions to solving what is a serious social problem both at home and abroad, said Minister of Justice, Public Security and Immigration Tor Mikkel Wara.

Several Norwegian and international organisations that work with women, peace and equality were taking part in the launch. They met before the launch to discuss gender and violent extremism, and the role of women in mediating and building peace.

– The civil society is an important driver in this field. Norway relies on close contact with both like-minded nations, regions and international parties to ensure good and comprehensive efforts, said the Minister of Foreign Affairs.

Norway’s new humanitarian strategy is the basis for the humanitarian part of the action plan. Those affected by crisis and conflict should have more influence on which measures are implemented.

– The opportunity women have to contribute in peace and security work is linked to the status of women’s rights and equality. Therefore, the action plan also focuses on the long-term work in this field, said Minister of International Development Nikolai Astrup.

Protecting those seeking refuge is a key priority in the humanitarian strategy. We will particularly prioritise preventing and dealing with sexual and gender-based violence in conflicts. We will also reinforce our commitment to sexual and reproductive health and rights.

– Norway has one of the world’s smallest gender gaps and we have an international responsibility to promote equality. In war and conflict, women are particularly exposed to sexualised violence, and many children are born as a result of assault. This has serious consequences for entire communities. Preventing and dealing with conflict-related sexualised and gender-based violence, including against boys and men, is an important priority area in the action plan, said Minister of Children and Equality Linda Hofstad Helleland.