The Members of Parliament congratulated Minister Nurbaya on her many achievements in the work for sustainable management of Indonesia’s forests. The delegation had been informed about the Social Forestry program during their visit to West Kalimantan, and had also been briefed about other key priorities of the Indonesian Government, as visible from the publication “The State of Indonesia’s Forests 2018”, for which the Minister herself was Editor in Chief.

Strong interest in the Indonesia-Norway cooperation on climate and forests

Indonesia and Norway have cooperated on reducing greenhouse gas emissions from deforestation and forest degradation since 2010. In addition to seeing successful Social Forestry projects in West Kalimantan, the visit also allowed the delegation to observe the Indonesian Government’s and private sector’s strengthened efforts to prevent forest fires and initiatives for more sustainable palm oil production. 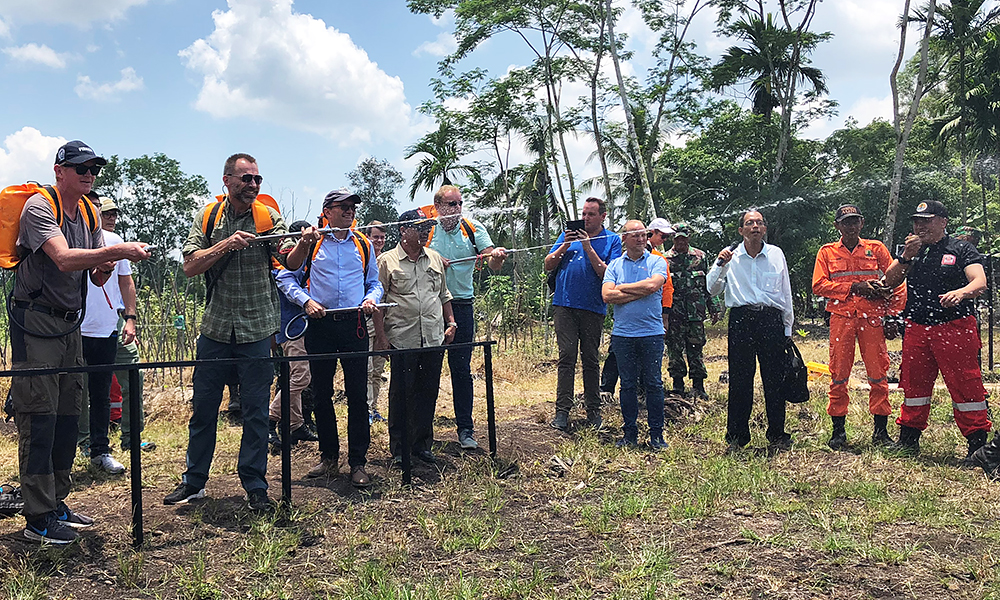 The delegation tested fire-fighting equipment and their own fire-fighting skills during the visit to West Kalimantan. Photo: Royal Norwegian Embassy in Jakarta.

The Norwegian delegation thanked Minister Siti and the Indonesian Government for their efforts, and confirmed that Norway’s International Climate and Forest Initiative has broad support in the Norwegian Parliament.

The meeting continued with an exchange of information between the delegation and the top management of the Ministry of Environment and Forestry. Pak Ruandha Sugardiman, Director General for Climate Change Mitigation, briefed the delegation on Indonesia’s national climate strategies and work to reduce deforestation, and Pak Rasio Ridho Sani introduced how the Ministry is strengthening the law enforcement in the forestry sector.

The delegation also met with Vice Minister Arcandra Tahar from the Ministry of Energy and Mineral Resources to learn about Indonesia’s ambitions for renewable energies, and Vice Minister Safri Burhanuddin from the Coordinating Ministry of Maritime Affairs to learn about Indonesia’s efforts to prevent plastic and other waste from ending up in the ocean.

Indonesia has an ambitious target of reducing the amount of plastic waste reaching the sea by 70 per cent by 2025. Jakarta is one of the main sources of waste to the sea in Indonesia, and together with the Ministry of Maritime Affairs, the World Bank and SystemIQ, the delegation visited Cilincing to see how local communities are affected by, but also can contribute to solving, the problem. 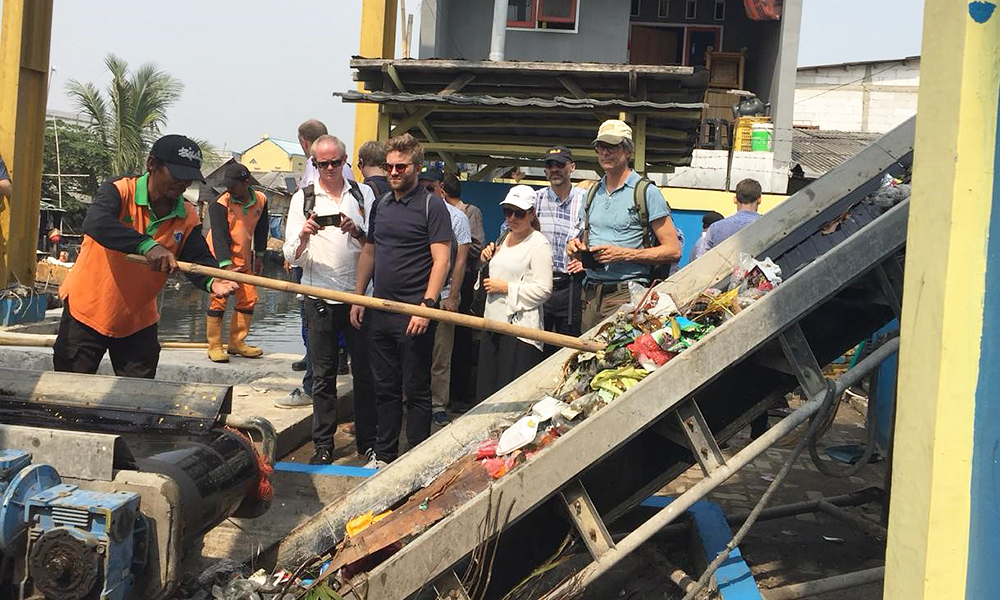 Members of Parliament visiting a project removing plastic and other waste from the river in Cilincing village. Photo: Royal Norwegian Embassy in Jakarta.