For thousands of years, people living north of the Arctic Circle have harvested the local resources. The Arctic is rich in minerals, oil and gas, animal life, and fish and seafood. Finding a good balance between conservation and sustainable use is a top priority for Norway. We will encourage global cooperation based on scientific knowledge and international law.

Some 80 % of maritime traffic in the Arctic passes through Norwegian waters. The Polar Code came into force on 1 January 2017. Norway played a leading role in developing the Code, which sets strict environmental requirements for shipping in Arctic waters.

Oil and gas resources in the Arctic

According to the US Geological Society, a fifth of the world’s undiscovered oil and gas resources may be in the Arctic. If these resources are to be extracted, it is vital to strike a good balance between conservation and sustainable use in this vulnerable area.

The eight Arctic countries are members of the Arctic Council and 13 non-Arctic states are observers. The Arctic Council is the only circumpolar cooperation forum for Arctic issues at government level. 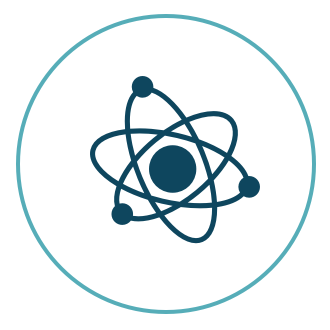 Research in the Arctic

Norway intends to be a leader in the field of knowledge about the Arctic, and will promote value creation, sound management of resources, and development in the north. Since 1960, the Norwegian authorities have built up a platform for international research in Ny-Ålesund in Svalbard. 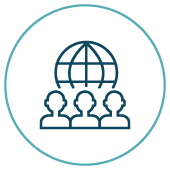 Every year, around a thousand young people from the region come together to compete in the Barents Games, one of many initiatives under the Barents Cooperation. Since 1993, this cooperation has promoted good neighbourly relations and sustainable development in a region where there are many common opportunities and challenges.

India and Norway: Cooperating in the Arctic

The research cooperation between India and Norway on polar issues is strong and persistent. A Memorandum of Understanding was signed between the Norwegian Research Council and Ministry of Earth Sciences during president Mukherjees visit to Norway in 2014. This led to a joint call for proposals and 5 joint Indo-Norwegian polar research projects were selected to receive support, strengthening our research cooperation in the field. India and Norway also cooperate on political research. Indian Institute of Defense Analysis (IDSA) are partners with the Norwegian institutions in a three-year research program on Asian interests and policies visa-a-vis Arctic, funded by the Norwegian Ministry of Foreign Affairs through the Norwegian Research Council. The cooperation has resulted in the book “Arctic: Commerce, Governance and Policy”, a special issue of Strategic Analysis.

Polar issues and the Arctic are central sectors for the Indo-Norwegian cooperation on higher education. Indian PhD and master students are studying at the University Centre in Svalbard (UNIS) through a grant scheme managed by the Research Council of Norway. The grant was one of the products of the 2006 agreement between India and Norway on co-operation in the fields of science and technology. In order to strengthen the field of polar glaciology in India, National Center for Antarctic and Oceanic Research (NCAOR), in collaboration with the Norwegian Polar Institute (NPI) established two PhD studentships in Antarctic and Arctic glaciology for Indian citizens. The students are based at NPI's Headquarter in Tromsø, Norway and will be conducting research in both Arctic and Antarctica. The Embassy and Jawaharlal Nehru University (JNU) arranged a seminar for students on the Arctic, Antarctic and the Himalaya parallel to the Arctic Exhibition “On Thin Ice”, at JNU in November 2016.

Norway supported India in receiving an observer status in the Arctic Council. Polar collaboration were high on the agenda during President Mukherjees visit to Norway in October 2014, when a session on Polar Research and Geo-hazards - Cooperation in research and higher education between India and Norway was held. Previous foreign minister Mr. Mr. Salman Khurshid visited Svalbard in 2012. In Delhi, the embassy and Ministry of Earth Science arrange a joint Indo-Norwegian seminar on the “Arctic: Research and Policy perspectives” with IDSA in Delhi in May 2015.  Embassy sponsored journalists to attend Arctic Frontiers in 2017, 2016 and 2014. A visit to the Arctic is prioritized at the annual study trip for young Indian politicians to Norway. In 2016 they also visited Svalbard.

India and Norway are neighbours is Antarctica and cooperate on logistical challenges when relevant. India has been present at New Ålesund in the Arctic since 2008. India cooperated with the Norwegian Polar Institute when they established their first subsea observatories in Kongsfjorden in Svalbard in July 2014.

The Governor of Svalbard