Entering November we enter a busy month for the Consulate General. Not only is the end of the year approaching fast, but it is also the month of Shanghai’s perhaps most important event – China International Import Expo (CIIE). The Consulate General and the other Team Norway members (Norwegian Seafood Council, Innovation Norway, and Norwegian Business Association) look forward to visiting the stands of all the Norwegian companies attending CIIE. This year we are also supporting Norwegian Seafood Council (NSC)’s own stand - Seafood from Norway. As always, we will invite Norwegian companies and their business partners to a CIIE Norwegian reception.

Looking back at October, we have several previous events we are excited to share with you in this newsletter - from an Arctic seminar in Shanghai to a maritime event in Qidong. Our Consul General also opened a beautiful photo exhibition on Shanghai Tower’s 52nd floor, together with the Consulate Generals of Sweden and Denmark.

In addition to CIIE, there are several other events coming up in November. Keep reading to stay up to date of what November can offer. 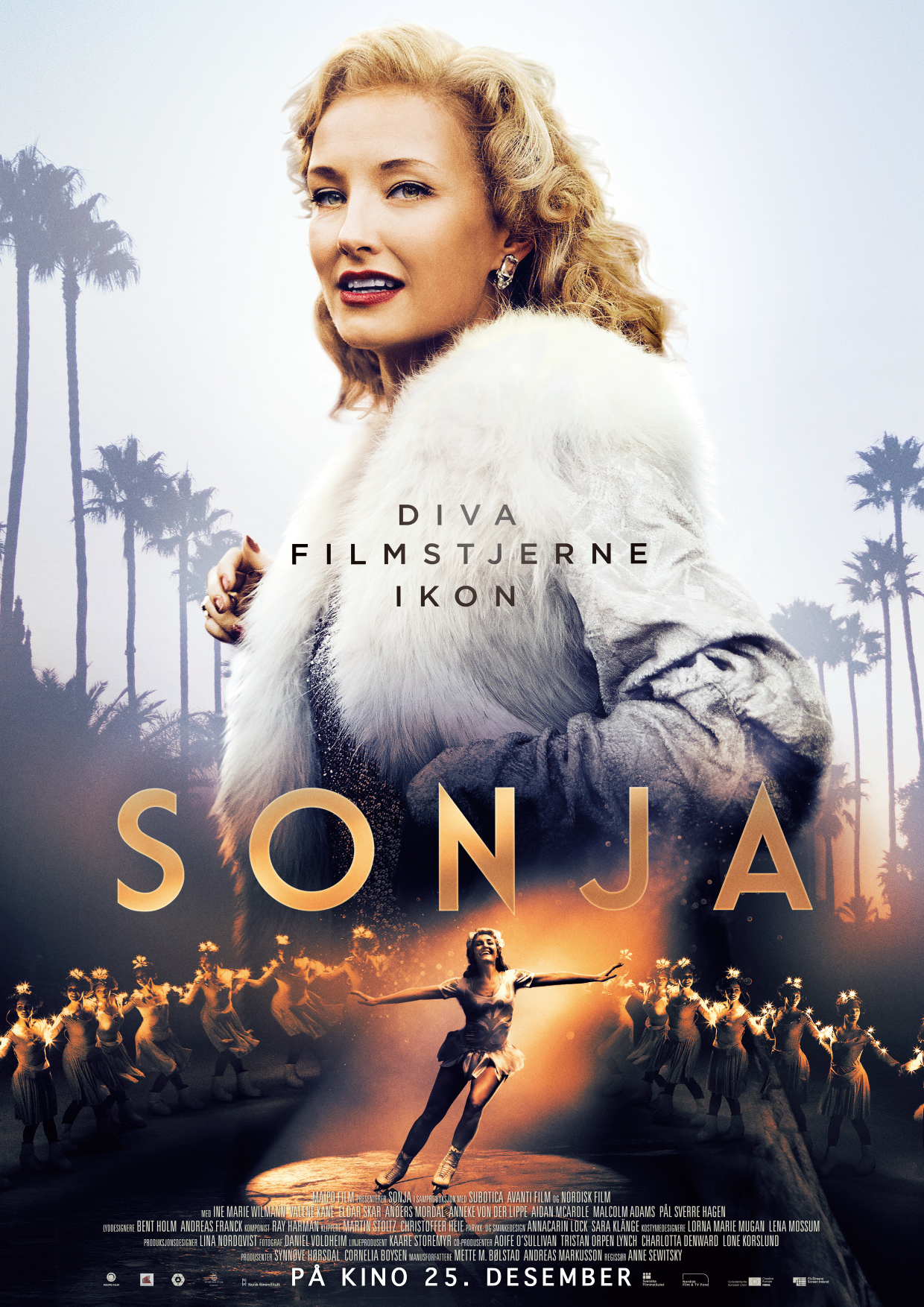 Did you know that the inventor of modern figure skating is from Norway? The Consulate General invites to a film screening of the Norwegian movie Sonja: The White Swan on 1 November. The movie is about Sonja Henie, one of the greatest athletes of all time who also pursued an acting career in Hollywood. The event is co-hosted with the American Cultural Centre. At the event, Deputy Consul General Solfrid Helgesen will give the audience a presentation describing Norway’s unique winter sports culture, a central part of many Norwegians’ lifestyle.


4 November | Film screening of documentary Queen Without Land
Parallel to the Born To Be Wild photo exhibition in Shanghai, the Consulate General is supporting the film screening of Queen Without Land at Duoyun Bookstore in Shanghai Tower Friday 4 November. After the movie, Deputy Consul General Solfrid Helgesen and Chinese artist Lin Chen will share fascinating stories about the Arctic and Svalbard with the audience. 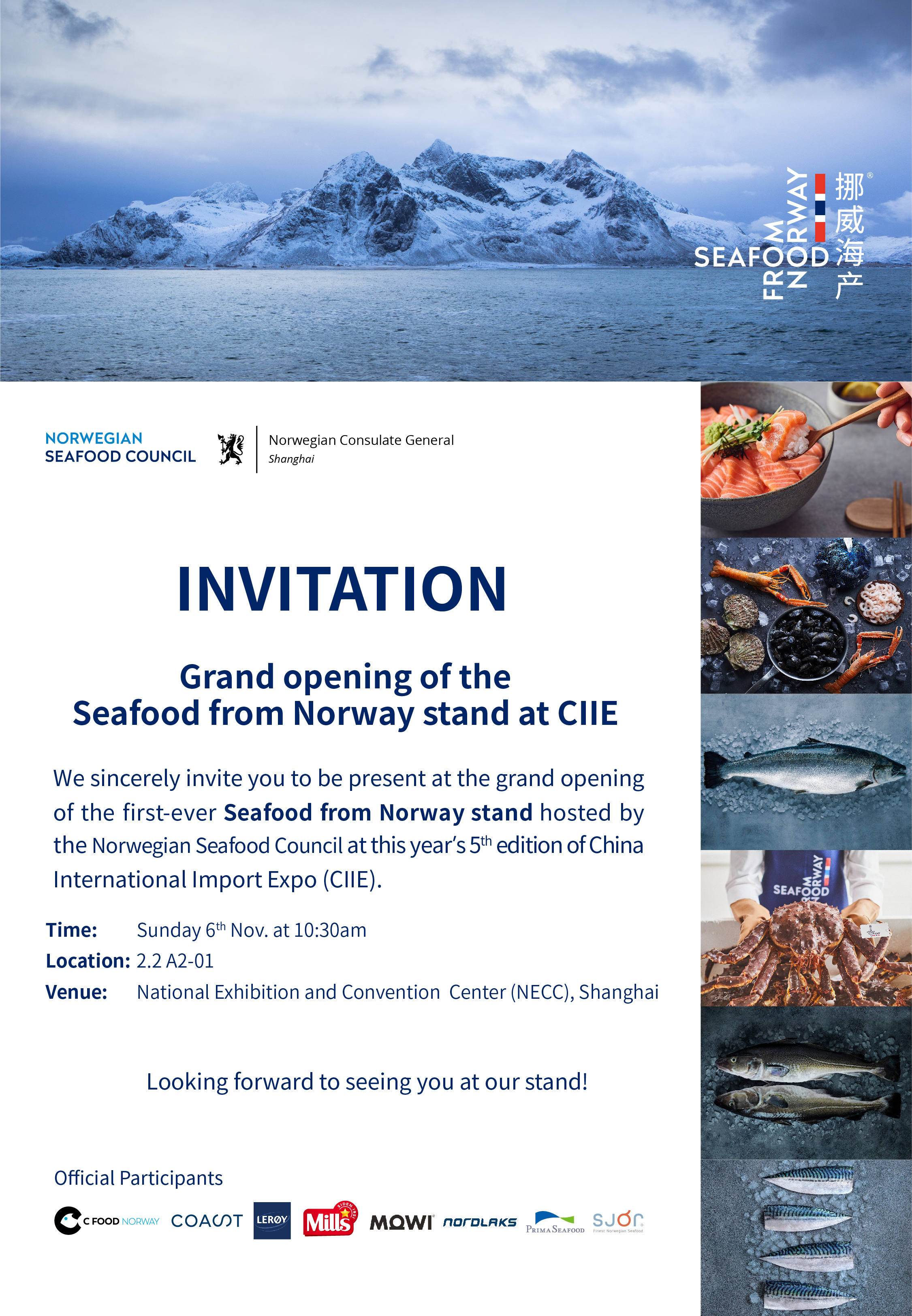 As always, the Consulate General will visit the stands of all Norwegian companies present at CIIE.

To stay up to date with news from NSC in Shanghai, you can follow their Wechat account: norwegianseafood


6 November | Country of Ocean promoting Norway at CIIE
The Norwegian Consulate will 6 November host the event Country of Ocean - Norway @CIIE highlighting Norway as a modern, innovative, and sustainable country. It will include a panel of Consul General Lise Nordgaard, Head of Innovation Norway in China Rolf Almklov and Norwegian Seafood Director in China, Andreas Thorud.

The event, held inside the CIIE expo at the Norwegian Seafood Council’s stage, will be live-streamed via social media. Link to the livestreaming will be made available in our Weibo account and in NSC's Wechat channel (norwegianseafood) before the event.

More information can be found here.

Arctic Revisited: Taking Stock of developments in the Arctic 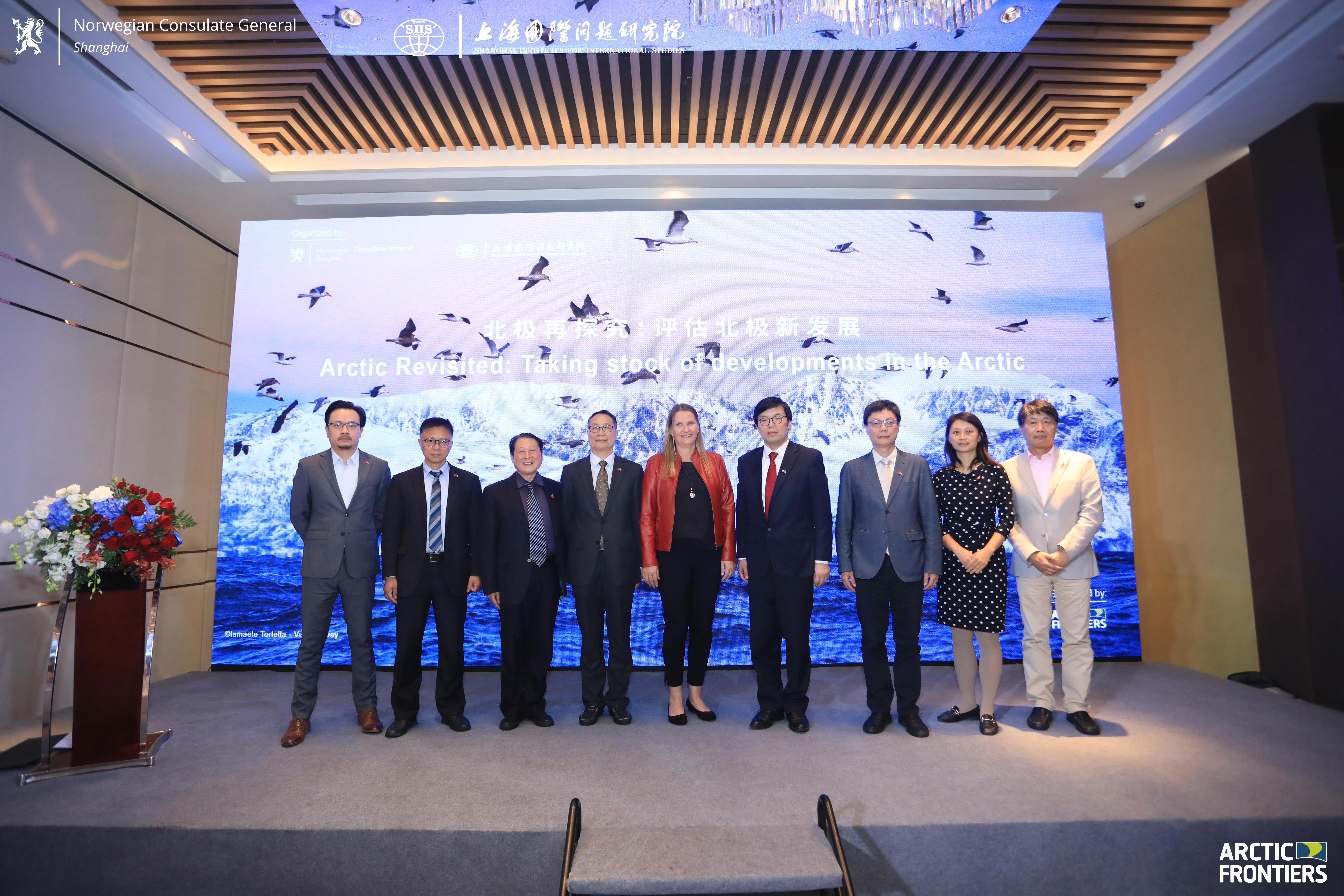 The Consulate General, in cooperation with Shanghai Institute for International Studies and with the support from Arctic Frontiers, on 24 October brought together Norwegian and Chinese Arctic researchers to discuss cooperation, research, sustainability, and new challenges in the Arctic. Over the past few decades, climate change and globalization have dramatically transformed the Arctic. In her opening speech Consul General Nordgaard stated that “international cooperation on climate change and polar research is a key priority for Norway”.

We thank speakers from Norway and China for sharing knowledge and views on how to ensure a greener and more sustainable Arctic. 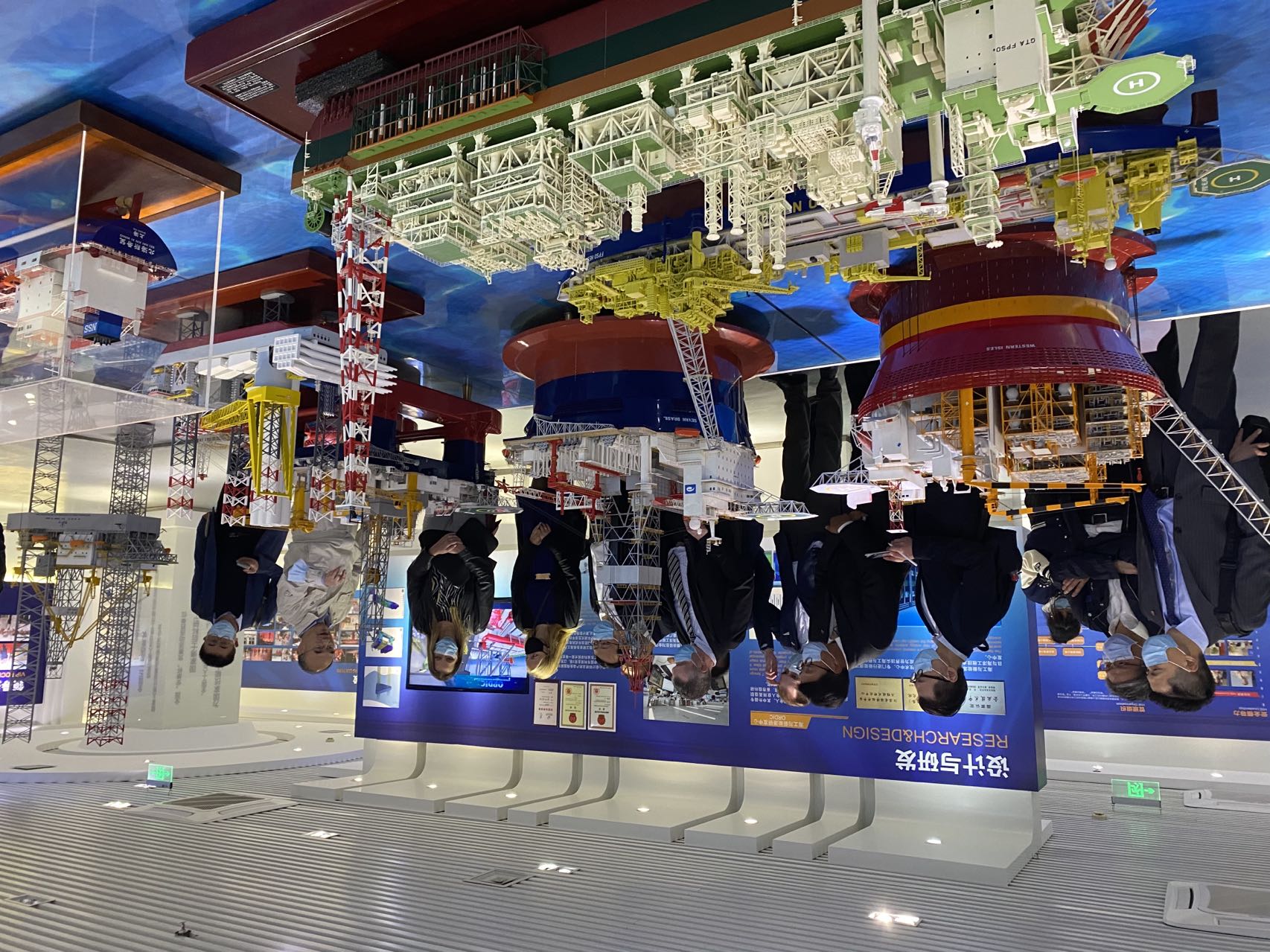 Creating possibilities for Norwegian companies in the Consulates administrative district is a key priority for our work. On 27th October we co-hosted a Norway-Qidong Green Maritime Day event with Qidong Municipality . Together with key companies from the Maritime Industry, we visited Lv Si Port, COSCO Qidong Ocean Engineering and CIMC Sinopacific Offshore&Engineering. Located at the north side of the Yangtze River opposite Shanghai, Qidong is just a short trip from Shanghai. A high-speed railway will soon take you to Qidong from Shanghai in 20 minutes! Qidong is also city with a strong ship-building and offshore wind industry. In our seminar with relevant Chinese business partners, Norwegian companies promoted Norwegian maritime high-tech and innovative products and solutions in China. PS: Qidong has a beautiful sandy beach – maybe worth while visiting? 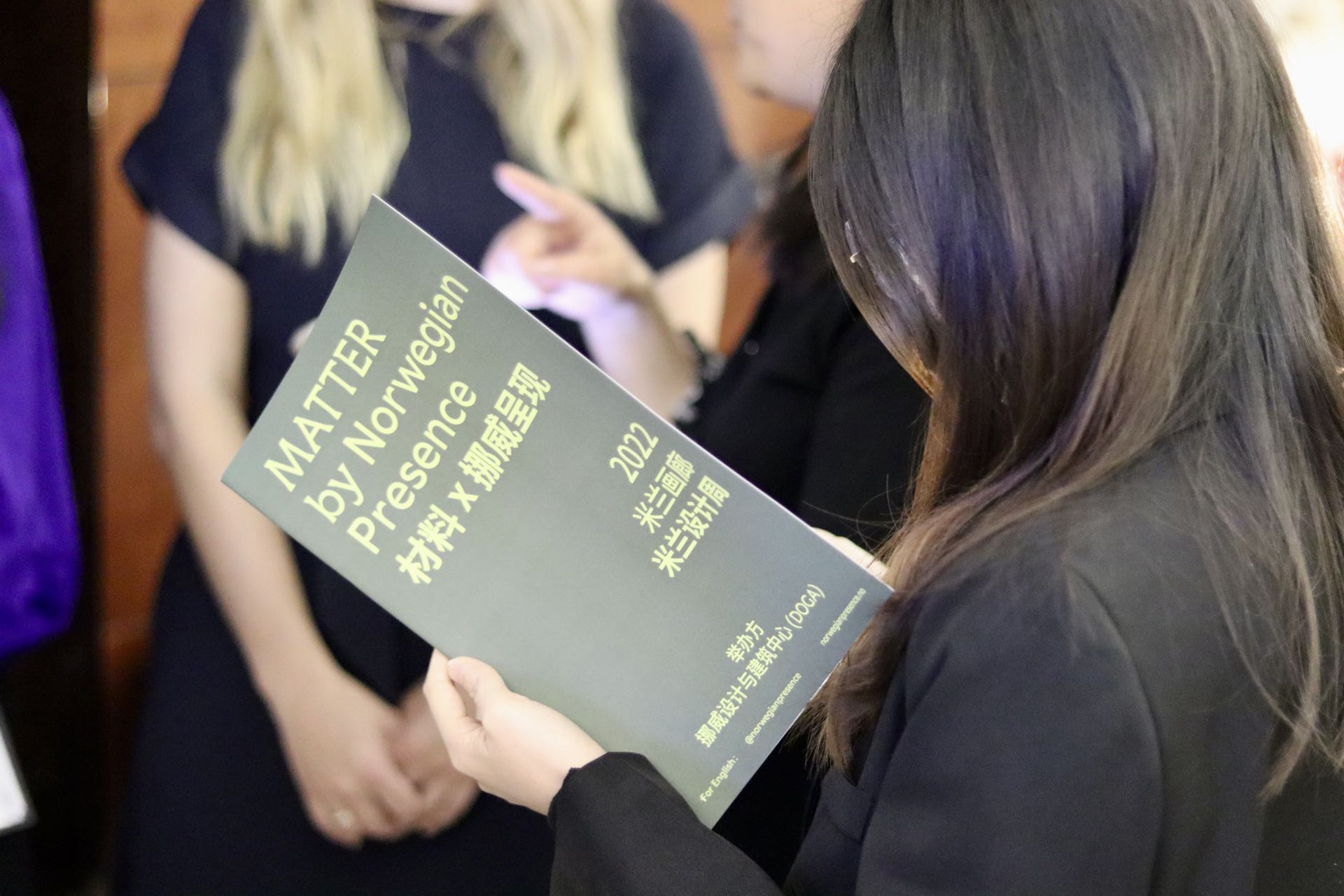 There has never been a more exciting time for Norwegian architecture and Design! Urban developments and bold designs are popping up not only in Norway but also abroad. For the Consulate strengthening the work of promoting cultural exports from Norway is a priority. On 26 October the Consulate launched a digital exhibition highlighting the Norwegian Presence 2022 exhibition on Design Shanghai’s platform, in collaboration with (Design and Architecture Norway). 10 talented designers and their projects were presented and their exploration of how nature shapes our design identities.

In the evening wehosted a reception showcasing sustainable design and architecture at the Consul General’s residence. Over 60 invited guests from the design and architecture industry participated. A panel talk was joined by Norwegian stone brands Lundhs and Chinese well-known designer Zhang Lei on material design. Another highlight of the evening was the presentation by Cheng from the Norwegian architecture studio Snøhetta, who shared their innovative solutions in tackling climate change from an architectural perspective. And on a further note, Snøhetta was commissioned to design Shanghai Grand Opera House in Shanghai's Expo Houtan neighborhood. The impressive design can be seen in this link.

More photos can be seen on LinkedIn and Instagram.


Opening of Born To Be Wild photo exhibition in Duoyun Bookstore 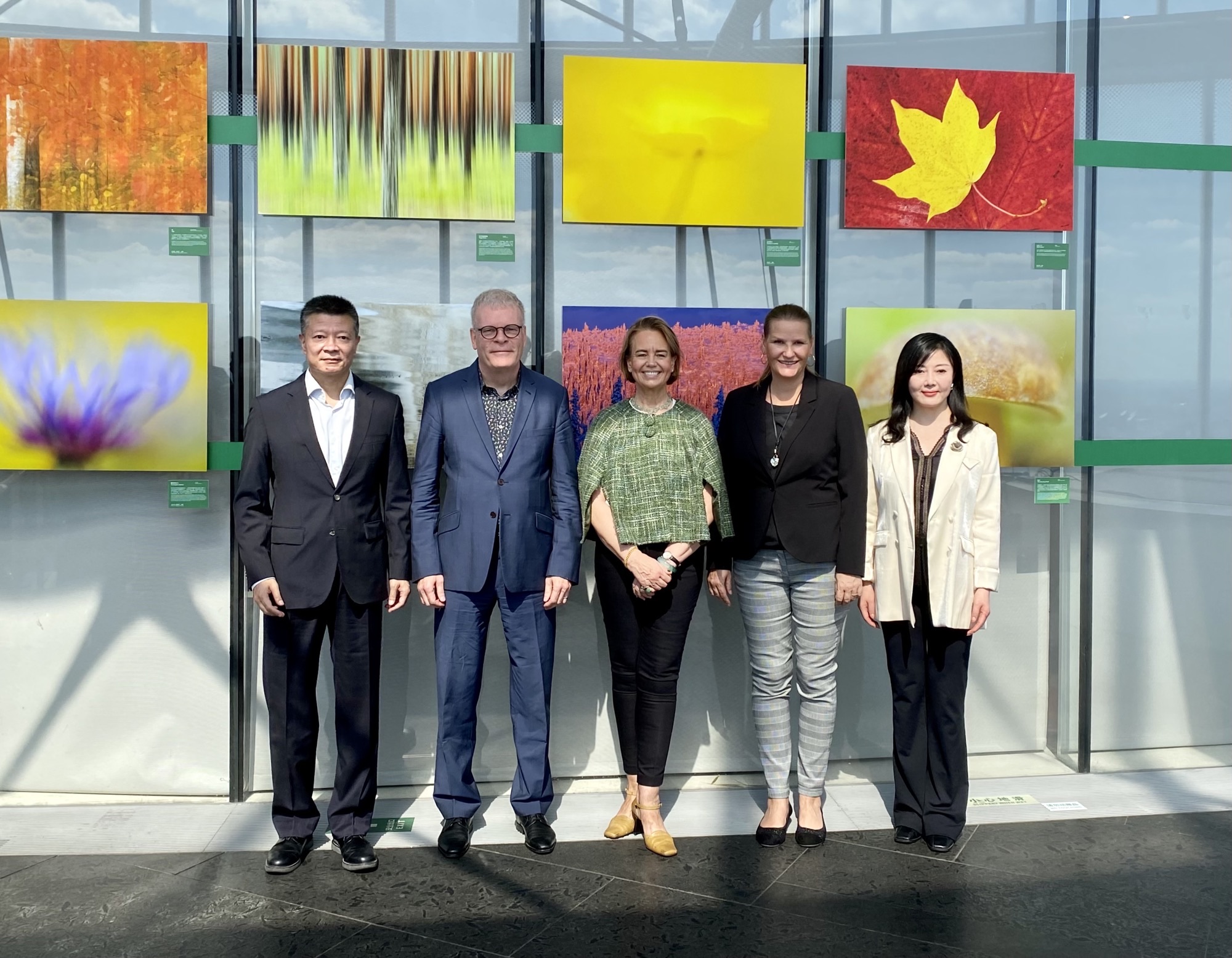 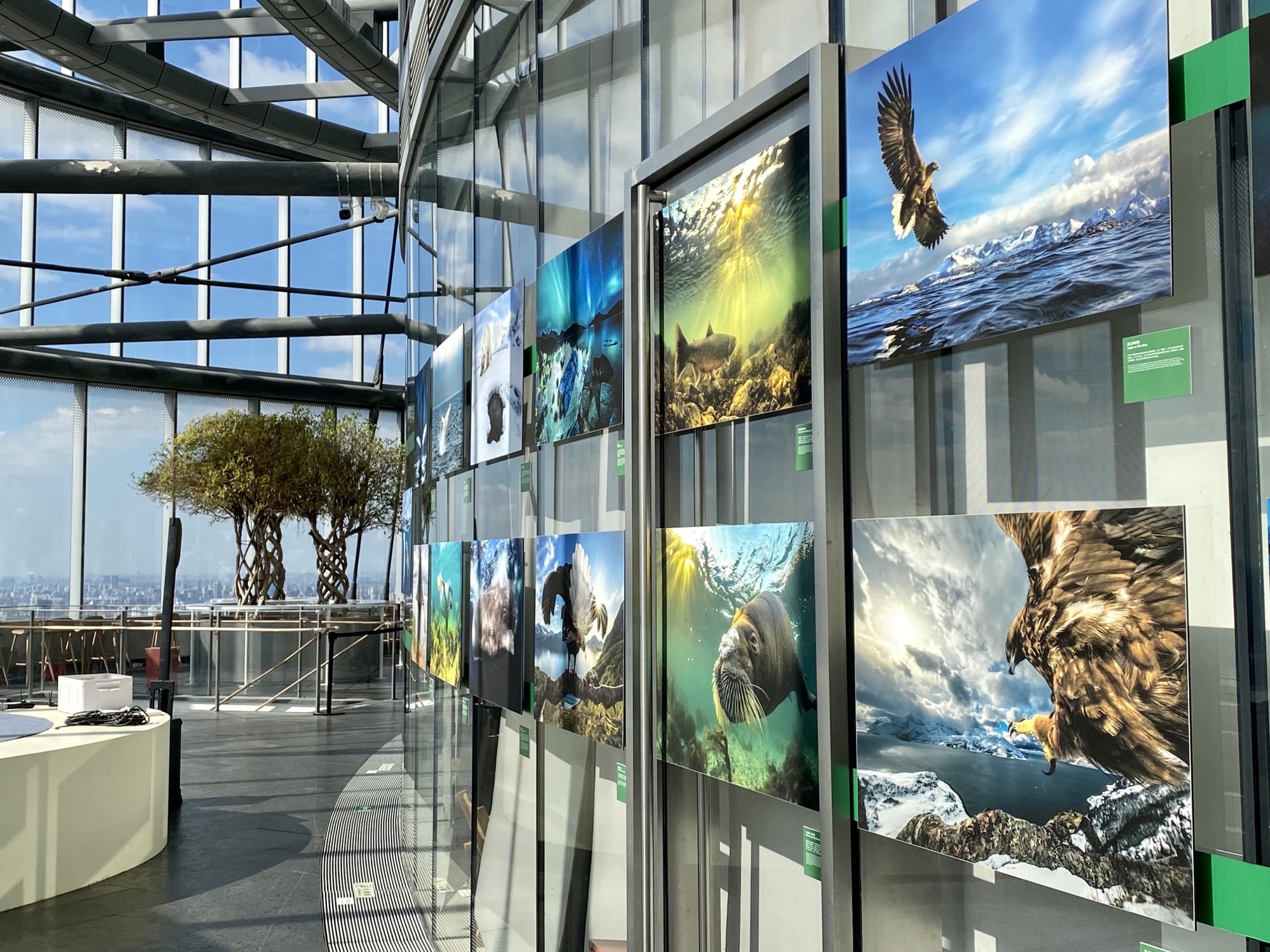 Have you visited Duoyun Bookstore on Shanghai Tower’s 52nd floor? If not, this is the time. The Consulate Generals of Norway, Sweden and Denmark on 19 October opened the photo exhibition Born To Be Wild at Duoyun Bookstore on Shanghai Tower’s 52nd floor. The exhibition’s focus is Biodiversity and presents unique photos taken by three Scandinavian photographers – including Norwegian photographer Audun Rikardsen’s photos of wildlife along our Arctic coast.

No matter where we are, should actively contribute to protect the wildlife and the earth from the challenge of climate change and global warming. We hope that the photos will contribute to public awareness of ecosystems and biodiversity.

You can visit the exhibition with its spectacular view from the 52nd floor until 20 November. 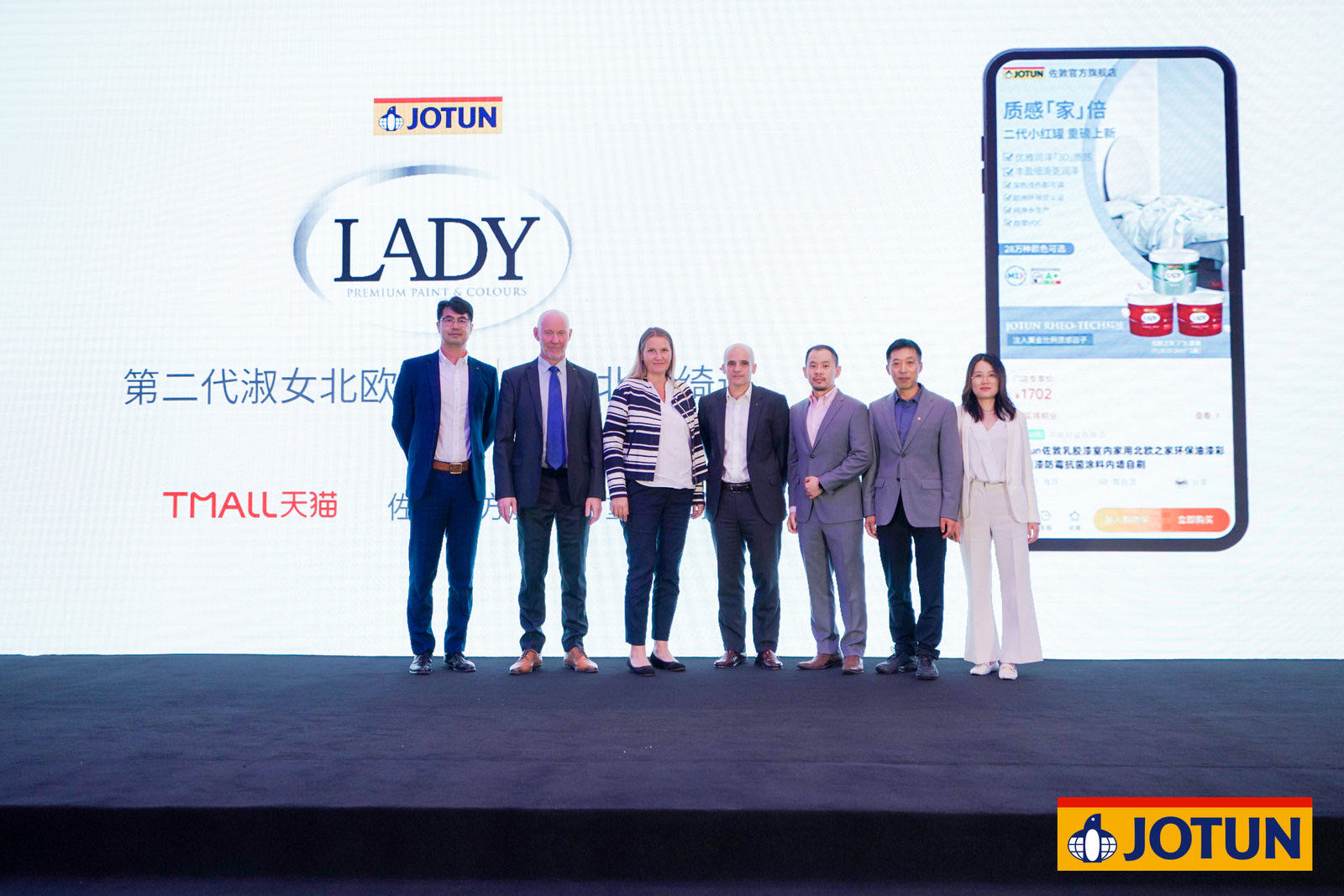 Supporting Norwegian companies in China is an important part of our work. And what better way to contribute than by joining when a company with long-standing regional presence in China launches new products? On 12 October, our Consul General Lise Nordgaard attended when Jotun officially launched  their Global Trend Colors 2023 as well as two new products from Jotun’s LADY Series in Shanghai. Jotun is one of the world’s leading paints and coatings manufacturer, combining high quality with creativity and innovation. The Nordic lifestyle, designs and the Norwegian color palette are now entering into more and more Chinese homes.