Autumn is around the corner, and we are more than halfway into the year. Early into 2022, the first Norwegian Winter Market was held in Shanghai by Team Norway (Consulate General, Innovation Norway, Norwegian Seafood Council and Norwegian Business Association China). It was a great joy to see thousands of visitors meeting Norwegian companies from a wide range of sectors. In February I also got the chance to meet Norwegian companies in Zhejiang Province, during my first visit to Hangzhou.

April put an abrupt halt to physical meetings when we entered Shanghai’s first month of lockdown, amid the city’s largest outbreak of Covid-19 ever. The bustling streets fell silent and difficulties obtaining food and daily necessities occurred for many. The Consulate General held a weekly online meeting for Norwegians in Shanghai, sharing our latest information. We assisted Norwegians planning to fly out of Shanghai, as much as it was possible. In collaboration with Klubb Norge we held the 17 May celebration digitally, without a physical parade this year. As Shanghai’s infection curve slowly turned, we witnessed the city gradually reopening during the summer. I am therefore pleased to say that in August the Consulate General and the other Team Norway members could hold our first physical events since March.

The Consulate General recently made an overview of Norwegian companies in Shanghai and nearby provinces. We found that 92 Norwegian companies are present in Shanghai, 24 in Jiangsu, 18 in Zhejiang and 1 in Anhui. I am glad to see that the presence of Norwegian businesses in the region is significant. Nearly half of the companies belong to the maritime and shipping industry. Many of the companies also belong to the seafood and marine industry. With the other members of Team Norway, I look forward to meeting some of the companies at CIIE (China International Import Expo) in November. The Norwegian Seafood Council (NSC) will be exhibiting at this year’s CIIE. The Consulate General will be actively involved supporting NSC’s participation.

The Chinese Mid-Autumn Festival is 10 September this year. It is an important Chinese holiday where families and friends gather to eat tasty mooncakes and lighting lanterns in various sizes and colors.

My colleagues and I look forward seeing you at some of our offline events coming up the months ahead. We wish you a great September, and a happy Mid-Autumn Festival.


8 September | Webinar: Environmental, Social and Governance (ESG) Series with Nordea
In collaboration with DCCC, The Swedish Chamber of Commerce and FinnCham, NBA invites to a webinar series where Nordea, represented by Andreas Hyldahl, Client Executive, and Åsa Nilsson Billme, Head of Diversity & Inclusion, focus on Social and Corporate Governance issues.

To sign up and more information is available here.

More information and how to sign up is available here.


15-17 September | World Seafood Shanghai and China Global Salmon Development Summit
Norwegian salmon will be in the center at the 5th China Global Salmon Development Summit in Hangzhou 15 September. Norwegian Minister of Fisheries and Ocean Policy Mr. Bjørnar Selnes Skjæran will open the summit online from Norway. The Norwegian Seafood Council will provide an update on today’s status of the salmon market. The summit is held in the same venue as the 16th World Seafood Shanghai Fisheries 15-17 September, this year located in the Hangzhou International Expo Center (G20 Hall). 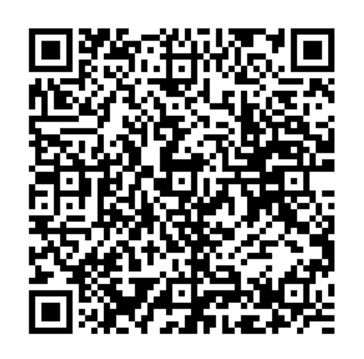 More information will come soon on NBA’s webpage and their Wechat account: NorwegianBusinessAssociation 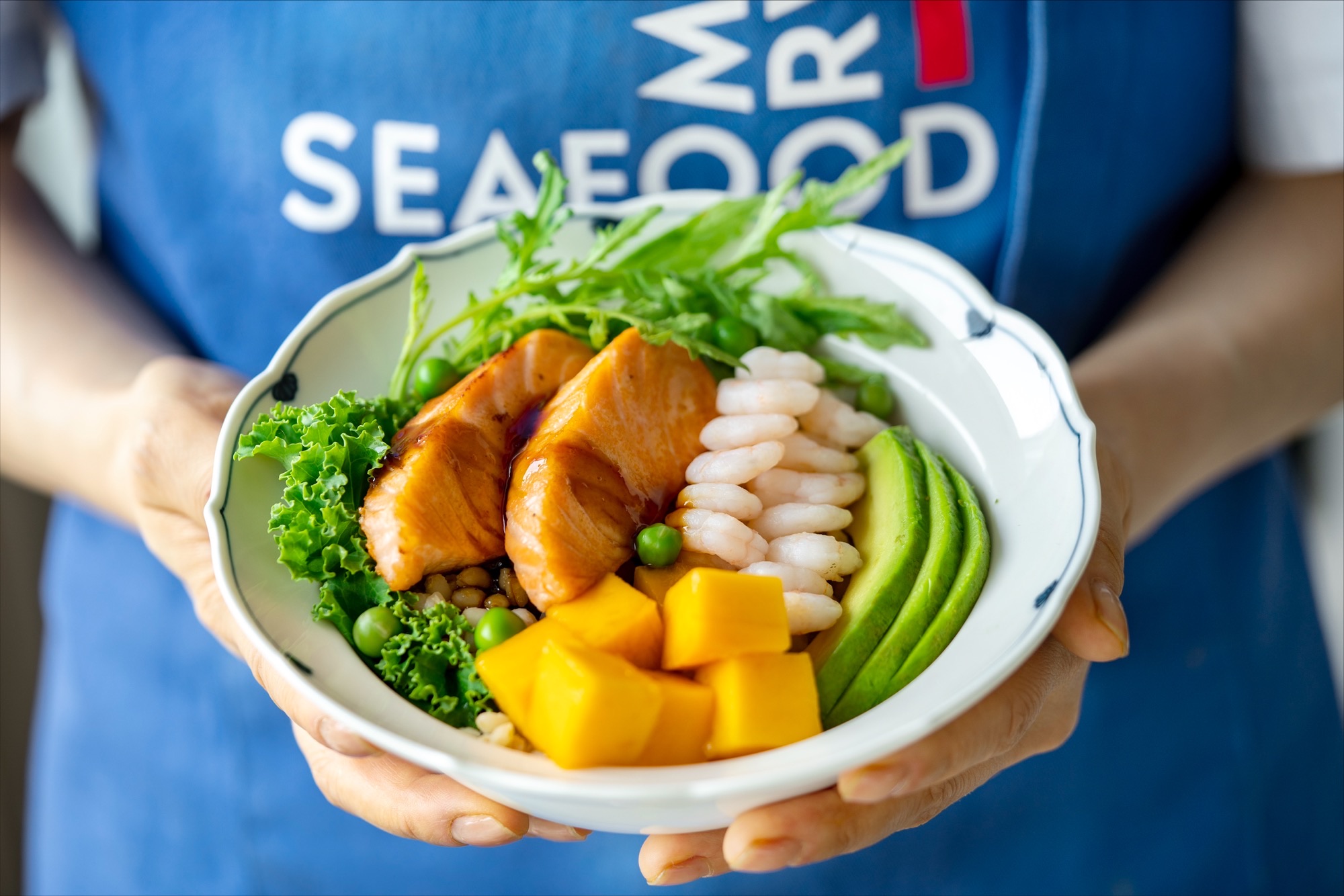 Seafood is recommended by domestic and international authorities for its many nutrients, including protein and DHA. With a new school term starting in September for children all over China, the Norwegian Seafood Council has published three healthy and nutritious “Back-to-School” recipes featuring Norwegian seafood.

You can find the article and recipes here. 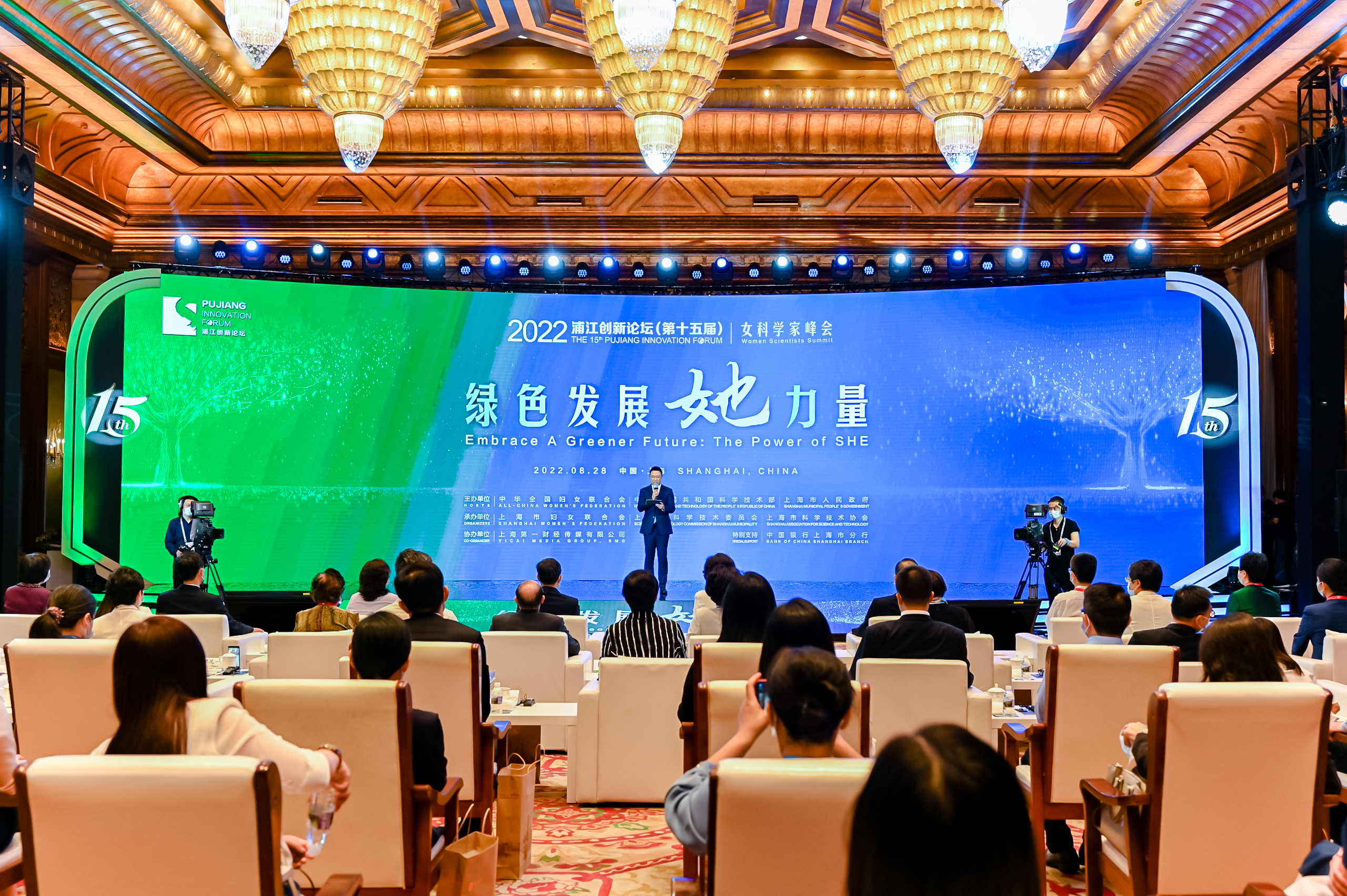 Invited by Shanghai Women’s Federation, Consul General Lise Nordgaard on 28 August joined the Embrace a Greener Future: The Power of SHE at the Women Scientists Summit at the 15th Pujiang Innovation Forum in Shanghai.

The summit was hosted by All-China Women’s Federation, Ministry of Science and technology, and Shanghai Municipal Government. This was the first time the forum had a separate session focusing on the importance of women in science and technology. Gender equality in these sectors is key to achieve the technological and scientific innovations and solutions our society needs towards a low-carbon sustainable future.

You can find more photos from the event on our LinkedIn and Instagram. 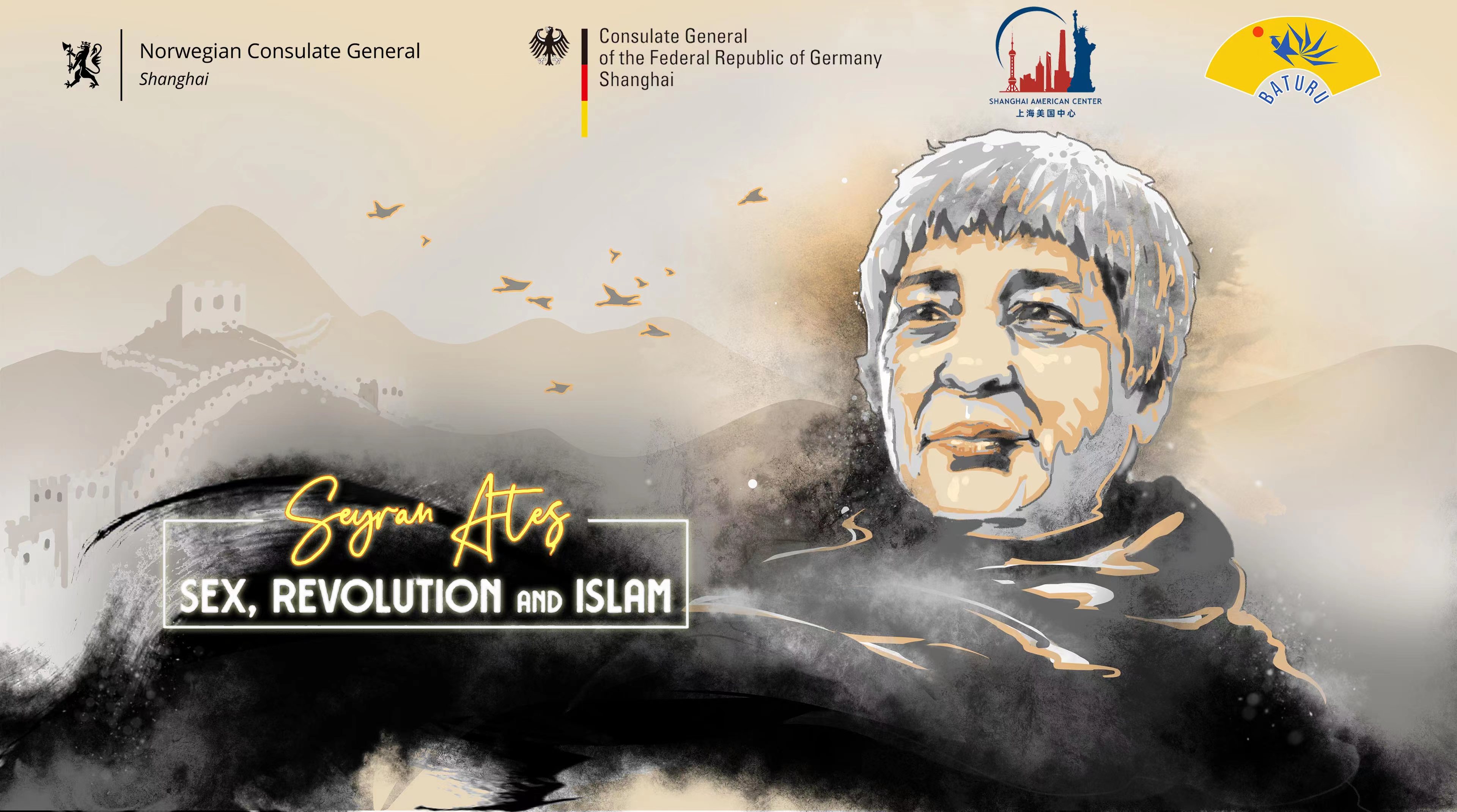 The Consulate General, with the German Consulate and Barturu Festival, on 26 August co-hosted a film screening of the documentary Seyran Ates: Sex, Revolution, and Islam, directed by Turkish-Norwegian film producer Nefise Özkal Lorentzen. The event was joined by 50 invited guests from the local LGBTQ community, gender studies, and independent film producers in China.

In her opening remarks, Consul General Nordgaard stressed that human rights apply to everyone, regardless of their sex, social and ethnic backgrounds, religions, or sexual orientation. Film director Nefise Özkal Lorentzen and the film’s main character Seyran Ates, joined the audience online for a post-screening sharing. 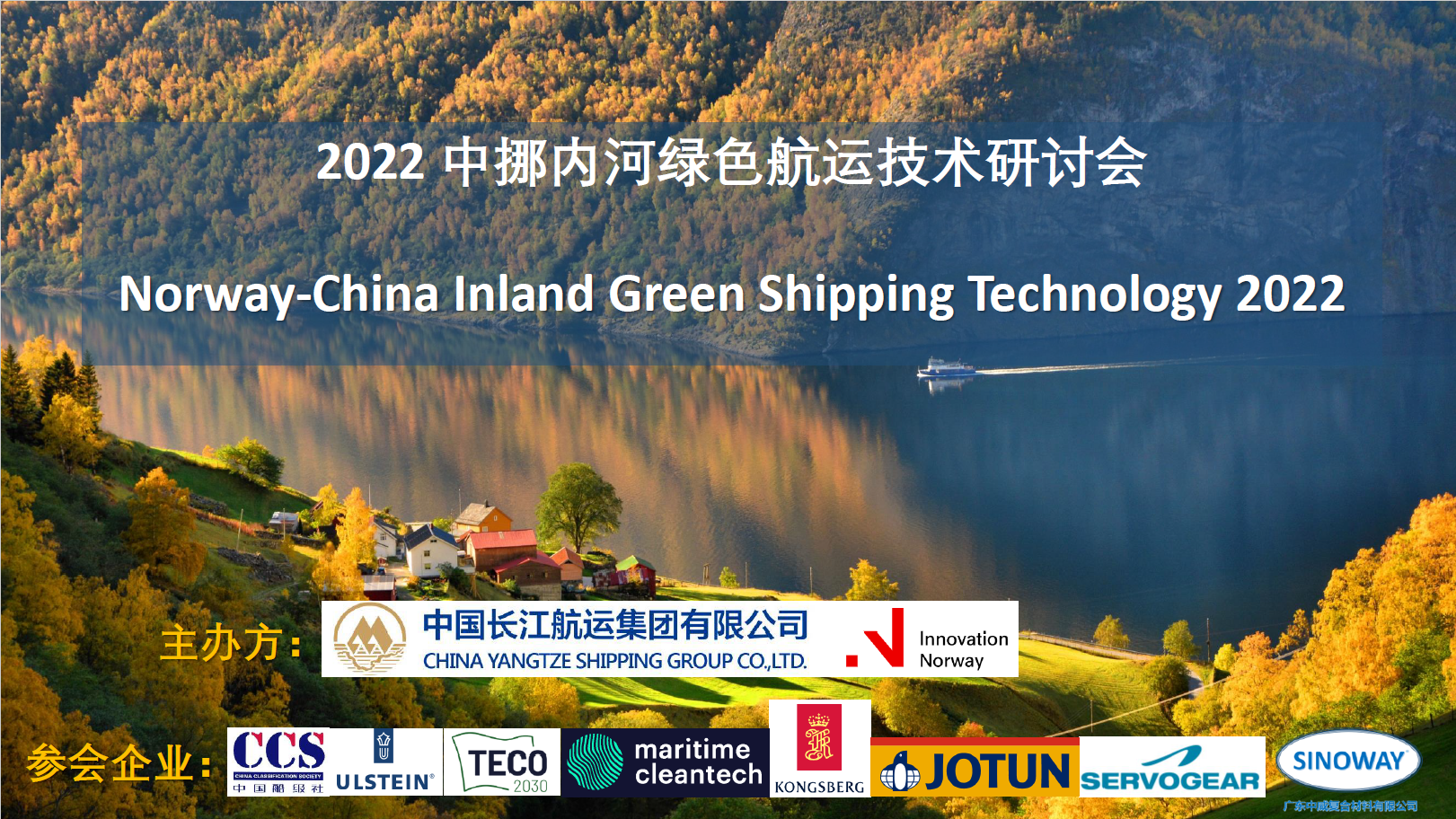 According to a report issued by the World Bank, China’s inland waterways transport is the world’s largest in volume and six times more than all the rest of the world combined. During the webinar, Innovation Norway’s China Director Mr. Rolf Almklov highlighted that “Norwegian green shipping solutions and experiences can benefit China’s inland shipping operators by providing advanced products, technologies and expertise as a support to meet the challenges of carbon reduction and CO2 emission control.” 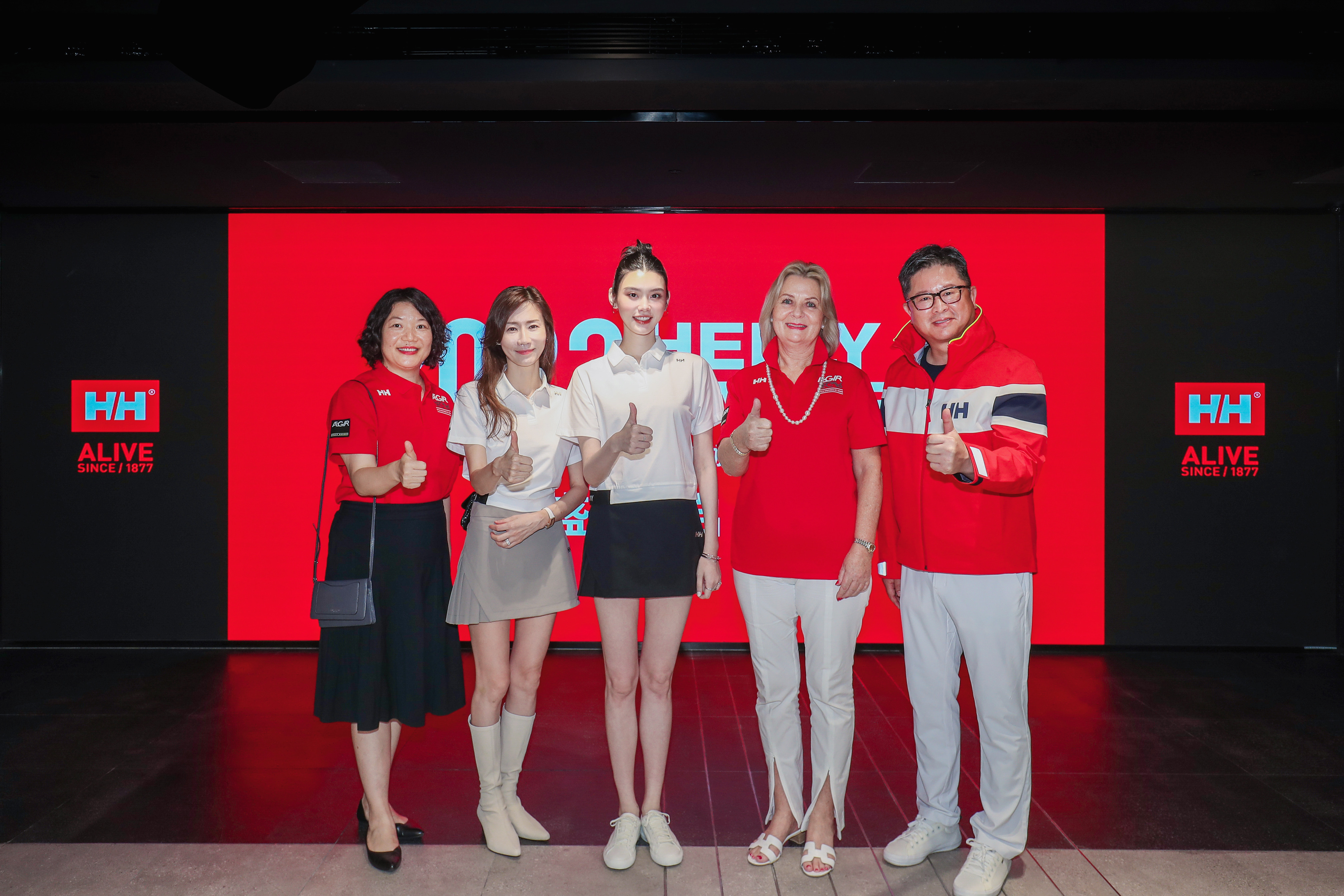 Beijing Winter Olympics 2022 boosted the interest in winter sports in China. We hope that the Helly Hansen 4D Digital Art Space will provide Chinese consumers with excellent sportswear that will further increase the interest for Norwegian lifestyle and outdoor sports.